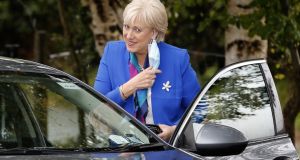 Workers in receipt of the Pandemic Unemployment Payment (PUP) have been warned of a scam involving bogus text messages and social media.

The Department of Social Protection, which administers the scheme for workers made temporarily unemployed as a result of Covid-19, said it would never request bank or financial account details from its clients via text or social media.

Minister for Social Protection Heather Humphreys described it as a “sophisticated scam” and urged PUP recipients to only use official departmental websites for correspondence.

“Anyone who thinks they provided personal information in response to these fraudulent text messages should contact their bank immediately,” she said.

The number of people claiming the PUP has risen to some 475,000, the highest number since the first lockdown was lifted in June. An additional 15,443 people (some 3 per cent) were added to the total last week.

A further 189,860 people were on the Live Register at the end of December, meaning that 650,000 workers are receiving some kind of state support at present.

Ms Humphreys said the rate of increase in the numbers going on to the PUP has reduced significantly in comparison with recent weeks.

In the past seven days, some 10,000 people closed their PUP claim, with 6,749 of these stating they were doing so because they were returning to work.

The bill for this weeks PUP will be €142.86 million and the total paid out in income supports during the pandemic is is €5.45 billion.

Some 120,000 workers have been on the PUP for 10 months and are likely to be on it for more than a year, with little prospect of the lifting of restrictions until March at earliest.