Storm Alex expected to bring wind and showers this weekend 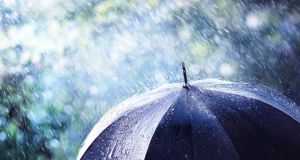 There are however no weather warnings for Ireland as a result of the storm. Photograph: iStock

Met Éireann has warned of a new storm which is forecast to bring wet and windy weather across France, Britain and Ireland over the rest of the week.

Storm Alex, which was named by the French meteorological office, is expected to hit the Continent on Thursday with associated high winds reaching Ireland by Friday.

There are however no weather warnings for Ireland as a result of the storm.

Overall the coming days are expected to be cooler and more unsettled, but a respite from poor weather is expected after the weekend.

Thursday night will see showers become mainly confined to the east and north of the island with long clear spells developing elsewhere. Temperatures will be low, between two and six degrees with some grass frost possible.

On Friday many places will have a dry and bright day with sunny spells. However, showers will likely affect parts of Leinster, northwest Connacht and west Ulster during the morning. But Met Éireann said it should become dry in most areas through the afternoon and evening.

Saturday is expected to be dry and bright in many areas at first with sunny spells, but wet and windy weather looks likely to spread from the northeast during the day, although there is still some uncertainty in the exact timing.

The best of the weather may be early next week offering a brief window of a drier more settled spell on Monday, but turning more unsettled again from Tuesday onwards.