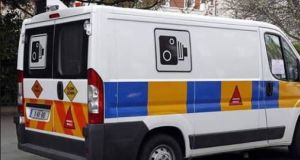 The trade union Siptu said its members employed by GoSafe overwhelmingly backed industrial action in a ballot conducted on Friday.

Staff working for the company that operates speed camera vans on behalf of the State have voted to go on strike.

The trade union Siptu said its members employed by GoSafe overwhelmingly backed industrial action, including strike action, in a ballot conducted on Friday.

Siptu organiser Brendan Carr said: “Our members were left with no option other than to vote for industrial action due to the continued refusal of the company to implement a Labour Court recommendation which confirms that it is Siptu representatives who have the sole right to negotiate on behalf of its members with management.

“Our members have serious concerns relating to working conditions at the company. The employees of GoSafe were frustrated in their attempts to negotiate with their employer as it refused to attend the conciliation services of the State.”

Mr Carr criticised what he described as “ the unacceptable practice of Government departments issuing contracts for State services to companies who refuse to engage with the industrial relations bodies of the State”.

“This is a completely unacceptable situation when such companies are in receipt of large amounts of public funds.”

He said Siptu wrote to Minister for Justice and Equality, Charlie Flanagan, in relation to its members’ concerns. “Union representatives asked to meet with the Minister to discuss this dispute and seek his assistance in resolving it prior to any industrial action, which could impact on the operation of measures to ensure road safety.

“Unfortunately, the Minister declined to intervene, despite the possible serious implications on road safety which is one of his key responsibilities.”