Southeast struggles to keep its youth: ‘I would like to come back someday’ 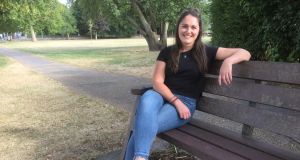 The southeast is losing the battle to hold on to its school leavers, with 68 per cent of students who sat their Leaving Cert this year expected be out of the region by October.

That’s according to Dr Ray Griffin, one of the authors of the third annual South East Economic Monitor, which was published on Monday, highlighting the impact on the region of the absence of a university, as well as the relatively fewer job opportunities for local graduates.

Mark Roche, from Carrick-on-Suir, a town on the border of Tipperary, Waterford and Kilkenny, left home in 2009 to study at University College Cork.

The arts-focused courses he wanted weren’t available in the southeast, and while he returned to the region after completing his degree in 2012 he left again shortly afterwards and has been living in Cork since.

He says when he came back home from college he went on the “Xs and Os scheme” which allows job seekers to top up social welfare payments with part-time work.

“I was getting a bit of work in a hardware store and picking spuds,” he recalls. “But being on the Xs and Os was awful and, to be honest, whenever I’m back home it doesn’t take long to be reminded of then.”

He also found that many of the music venues he had enjoyed previously were shut down. When he got back to Cork he was still on social welfare but found life there was “bearable” thanks to a livelier social scene. In time he found work with a customer service company.

“I’m happy to come home to see my family and friends. But in Cork, about 60 per cent of my circle are Spanish and most of the rest are people from home,” he says.

Where most of Roche’s peers left the southeast for Cork, Dublin and abroad, Claire Power’s social circle largely remained. Having left first for UCC, and later San Francisco, she now works in Waterford city and lives at her family home in Clonea-Power, Co Waterford.

She notes that aside from herself and one or two peers, most of her close circle of friends attended Waterford Institute of Technology. She has a deep affection for Waterford and is able to rattle off different scenic areas within a short drive of her home – the Comeragh mountains, the Copper Coast and Curraghmore, the venue for the All Together Now music festival.

“You’re not going to have that many choices in other places,” she says.

She found it difficult to get full-time work when she first came back from the US, balancing jobs in promotions and digital marketing as well as working in a cafe. She points out that being able to live at her family home – without rent to pay – meant some pressures were eased. However she does hope to live in Waterford city in years to come.

Of his prospects for returning, Roche says: “I would like to come back someday, yeah, but I would be wondering what sort of opportunities might be there if you have kids, what would be there for them education-wise, job-wise. That sort of thing.”