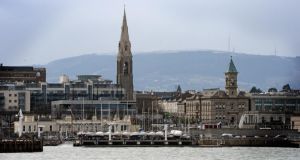 “Significant weaknesses” in the accounting for €1.5 million in overtime payments to staff of Dún Laoghaire Rathdown County Council have been identified by the Local Government Audit Service.

The service has also criticised the council for non-compliance with national guidelines in awarding some contracts for housing refurbishment.

In a report prepared for councillors at Monday night’s council meeting a local government auditor said an “absence of internal controls results in uncertainty as to the quantity of overtime hours worked and when the actual work was actually undertaken”.

The auditor also noted “similar findings were reported in the previous audit”.

According to the audited accounts, net assets increased to €3.47 billion at December 31st, 2018, while its net cash position improved from €180 million to €198 million. The surplus on the council’s income and expenditure account increased by €15,816, bringing accumulated surpluses in this account up to €9.8 million at the end of 2018.

However, the local government service auditor said, “the internal controls currently being applied to the administration of the overtime claims and payments are not satisfactory”.

A review of overtime claims that were approved for payment identified a high level of errors;

It was “again noted” that documentation to support the need for overtime work by outdoor staff was not adequate;

Documentation to support three claims of “substantial payments” could not be located. The auditor noted similar difficulties at the previous audit;

Up to seven months had lapsed since the dates that some overtime was undertaken and the subsequent claim for additional payments;

An overtime procedures policy document was prepared in 2018 but has yet to be implemented.

In response to the audit report the council’s chief executive Philomena Poole said “work has commenced on the implementation of the audit recommendations. A review of work practices is being carried out and a cross-departmental group has been established with a view to progressing the recommendations”.