RTÉ receives complaint from union after ‘issue’ with spokeswoman’s accent 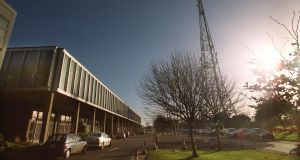 Unite says RTÉ’s decision was ‘highly insensitive’ and reflected a ‘lack of understanding of the vulnerability’ of migrant workers in the hospitality sector. Photograph: Alan Betson

A trade union has complained to RTÉ after the broadcaster requested a different spokesperson be put forward to participate on a radio programme because “they had an issue” with the original speaker’s accent.

In a letter to RTÉ, Unite, which represents workers from various sectors, said it wished to register its “disappointment” with the decision which “specifically undermined our spokesperson Julia Marciniak”.

The union alleged that the production team behind RTÉ Radio One evening programme Drivetime contacted it seeking a spokesperson to discuss the distribution of tips in the hospitality sector on air.

Unite said that following a preliminary phone call with Ms Marciniak, who is of Polish ethnicity, the union was contacted by the production team requesting “a different spokesperson because they had an issue with Julia’s accent”.

“We find this action extremely disappointing,” the letter stated, adding that Ms Marciniak “is best-placed in terms of experience and expertise to speak on behalf of our members”.

The union said the decision was “highly insensitive” and reflected a “lack of understanding of the vulnerability” of migrant workers in the hospitality sector.

“Silencing a representative of workers based on her foreign accent sends a very negative message, not just for migrant workers in Ireland, but for all who pay a licence fee in regard to the commitment of our national broadcaster to reflect and represent all in our society.”

Asked about the matter, RTÉ said it would be “responding directly to Unite”.

It is understood that in its correspondence to Unite, RTÉ will acknowledge these actions fell short of its diversity and inclusion policies and will reiterate its commitment to representing diverse voices in its programming.