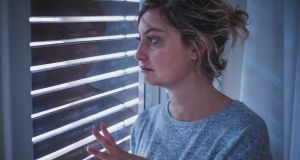 More domestic abuse incidents were recorded by the police in Northern Ireland in the last year than in any 12-month period since statistics began.

On Christmas Day last year 116 incidents were reported to police, compared to 84 the previous year.

The Police Service of Northern Ireland (PSNI) is to launch its Christmas Speak Out To Stop It campaign, which encourages victims of domestic violence to report it to police, on Monday morning.

The figures are the highest since the PSNI started recording data in 2004/05.

Between Christmas Day and December 27th, 2018, the police received 373 calls for help from victims of domestic violence.

On New Year’s Day this year 158 incidents were reported.

The head of the PSNI’s public protection branch, Det Chief Supt Paula Hilman, said that while domestic abuse happens all year round, incidents do rise over the Christmas period.

“The number of incidents of domestic abuse between 15th December and 16th January has risen steadily since 2014/15,” she said.

“Every 17 minutes, our officers respond to an incident of domestic abuse.

“While this tells us more victims are finding the courage to pick up the phone and call us and make a report, which is encouraging, we must never forget that behind each statistic is a victim with a harrowing story of abuse.

“I want to encourage all victims - regardless of age, race, gender or sexual orientation - to come forward and report what is happening to us. Speak out to stop it and we will help you. If you are a victim, you do not have to suffer in silence. You can come forward to report any incident of domestic abuse to us.”

Det Chief Supt Hilman said anyone who is suffering from domestic abuse can contact police on the non-emergency 101 number or 999 in an emergency.

“A 24-hour domestic and sexual abuse helpline is also available to anyone who has concerns about domestic or sexual abuse, now or in the past on 0808 802 1414.”