Lives ‘at risk’ due to scant information, first responders say 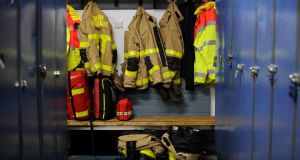 Dublin Fire Brigade: current alert system does not operate like those outside Dublin, but “is due [for] replacement in the near future”. Photograph: Aidan Crawley

Patients’ lives are being put at risk because Dublin Fire Brigade is preventing trained volunteers from attending urgent health crises by withholding vital information, a group of voluntary emergency responders has said.

Community first responders (CFRs), who are trained by the Health Service Executive’s national ambulance service to help patients during cardiac arrest, stroke or choking, act as a bridge between the emergency beginning and the ambulance arriving.

Outside the capital, an automated text message is sent out from the ambulance service to CFRs when an emergency is reported in their area.

In Dublin, however, the ambulances are run through Dublin Fire Brigade (DFB) instead of through the HSE service, meaning the fire service must notify the local groups.

The community volunteers said the service in the capital was “basically ineffective” because the fire service was not alerting them to incidents, or was refusing to inform them of the address, citing GDPR as the reason behind their refusal.

Statistics compiled by the CFR groups in north Dublin show that over the first three weeks in October, 70 calls were received but almost half – 32 – did not have an address attached, making it impossible for them to attend.

The Howth CFR group was alerted to six incidents during that time frame, all of which had no address.

Of the 21 calls, the Raheny group received, nine incidents resulted in the fire service refusing to provide an exact location.

The responders said they were aware of more than 70 emergency situations in north Dublin during the three-week period, meaning there were incidents for which they received no call. This was a “regular occurrence”, they said.

In one recent situation, a Dublin CFR group was alerted by a local resident about a cardiac arrest in the community, of which the HSE was unaware. After contacting the fire service, the CFRs said they were told that local respondents were not needed to attend.

The responders said this was a “clear breach” of best practice, because the DFB paramedics were nine minutes away, while the CFR groups were three minutes away.

“Patient care is being compromised and lives are being put at risk because of this. Every minute counts when it comes to cardiac arrest especially and choking. It is literally a matter of life and death,” one respondent said.

“I wouldn’t be surprised if patient care is being compromised to such an extent where somebody may have lost their life,” another local volunteer said.

In response, Dublin Fire Brigade said it was “fully committed to the concept and practice” of CFRs.

“DFB are working with our colleagues in the [national ambulance service] on a project for the provision of a smartphone application that would be utilised to alert CFR groups to cardiac arrest calls. This would be the optimum solution to solve the issue,” a spokesman for the fire service said.

He added the current alert system did not operate in the same way as those outside of Dublin, but “this system is due [for] replacement in the near future and we expect it to have the functionality of the [HSE] system.

“On completion of the technical upgrade of our [alert] systems, DFB envisages no obstacle to this proposal under GDPR legislation.”