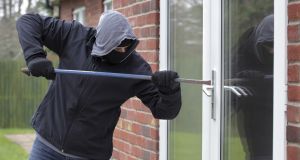 Many low-level criminals are switching from burglary to street drug dealing as burglaries become harder and the drugs trade has strongly rebounded, gardaí believe.

In the 12 months to the end of June, drug crime surged by 17 per cent while burglary rates remained at record lows.

With the impact of Operation Thor and improved home security combining to make burglaries harder and more high risk, gardaí believe many low-level criminals are switching from burglaries to street drug dealing.

“There is money again in drugs, even for the people on the lowest level,” said one source. “The cocaine trade in particularly is booming again and when there’s more money [in one crime type] criminals will drift towards it.”

They also suggest some drugs gangs, which saw their incomes plummet during the recession and so moved into burglaries on commercial premises, have now reverted to the drugs trade as it has become more lucrative again.

Garda Commissioner Drew Harris told the Policing Authority in a report submitted last week that residential burglaries had increased by 1 per cent in the 12 months to the end of October, while non-residential burglaries were down by 9 per cent. That small increase is not a source of huge concern to the Garda as it is based off record low burglary rates in recent years.

There was then a noticeable shift in 2009 with burglaries increasing by 9 per cent to what was then a record high of 27,513.

The trend remained high for a number of years, peaking at 28,451 burglaries in 2012, with the first noticeable decline occurring in 2016.

Burglary rates decreased by a significant 29 per cent in that year, to 18,555 crimes. Since then the number of burglaries has dropped to the record low of 16,968 last year.

The decline from 2016 coincides with the establishment of Operation Thor in November 2015, which is continuing. It saw local Garda officers nationwide identify the most prolific known burglars in their areas with local resources and Garda national units targeting them.

Garda sources view Operation Thor as the single biggest influence in the falling burglary rates. However, they also believe rapidly improving home security, as technology has become more sophisticated and affordable, has also made burglaries harder to execute.