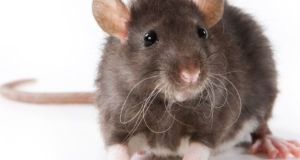 Applegreen has confirmed that a video of a rat emerging from a loaf of bread at one its filling stations is authentic.

An Applegreen store was closed temporarily on Thursday after a video was shared on social media showing a rat emerging from a loaf of bread at a service counter.

The 23-second clip which went viral depicts the packaging on a loaf of Brennan’s bread rustling and the rat climbing out of it.

It then scurries behind the kitchen appliances, knocking over a cup in the deli area of the Applegreen in Cherry Orchard, Dublin.

Apparently Applegreen Garage in Ballyfermot. Rat sambo anyone. Not my video. #Applegreen pic.twitter.com/ZNjDbXLpqA

In a statement, Applegreen said the “Cherry Orchard site has been temporarily closed following a pest control issue.

“We are conducting a full investigation into the incident, which falls well below our high operating standards.

“The health and safety of our customers is our first priority and we are taking this issue extremely seriously.”