Rail staff may refuse to work in anti-social ‘hot spots’ 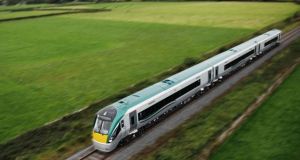 “The mood among transport workers has changed dramatically on the back of a number of assaults across both our train and bus services,” a union leader said.

Rail and bus staff may refuse to operate transport services in areas where anti-social behaviour is prevalent, the National Bus and Rail Union (NBRU) has said.

The warning comes after a man was stabbed on board a train travelling from Dublin to Drogheda on Tuesday night.

The incident occurred between Killester and Harmonstown on the north side of Dublin on the 9.40pm Pearse Street station to Drogheda service.

NBRU general secretary Dermot O’Leary said the incident “may serve as a watershed moment in the on-going debate on the issue of anti-social behaviour and out-right thuggery on transport services”.

He said the situation had now reached crisis point.

Mr O’Leary said his union had written again to Minister for Transport Shane Ross and Minister for Justice Charlie Flanagan seeking the immediate establishment of a Garda public transport division.

“The mood among transport workers has changed dramatically on the back of a number of assaults across both our train and bus services,” he said.

“While they were encouraged by the Minister for Transport’s initial response in the early summer, they are now of the view that they may have to take their own preventive measures inclusive of assessing service provision in particular hot spots and in areas with high prevalence of anti-social behaviour.”

Train services between Clontarf Road and Howth Junction were suspended in both directions for a period in the aftermath of the incident last night.

The victim’s injuries were described as “not life threatening” by gardaí. He was taken to hospital.

Another man was yesterday arrested and brought to Raheny Garda station for questioning.