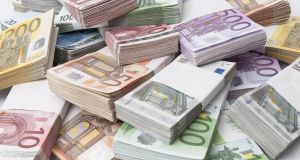 Audited accounts for the main political parties, published by the Standards in Public Office Commission (Sipo) on Tuesday, show that public funding now makes up the vast bulk of party income and is being used by the parties to prepare for elections next year.

While both Fine Gael and Fianna Fáil raise significant funds through members’ subscriptions and fundraising, these receipts are dwarfed by three separate strands of funding by the taxpayer.

It will receive similar grants this year.

The party used its strong financial position to clear bank loans of more than €900,000 and is now debt free, according to the accounts.

It recorded total income of €6.2 million for the year, of which State funding made up almost €4.7 million. Because it is in government, and many of its TDs are Ministers and so receive the support of the civil service, Fine Gael receives less than Fianna Fáil under the leaders’ allowance and in Oireachtas supports.

Sinn Féin, in what the party describes as its “26 County Report”, records State funding of €3.4 million, membership income of €135,000 and donations of €127,000, many of which come from its elected representatives’ salaries, the party says.

Though greatly reduced in size and clout, the Labour Party is in perhaps the healthiest financial position of all, having retained a cash pile from when it was much larger in parliamentary terms, and therefore received more State funding.

Its account shows a cash pile at the end of 2017 of about €400,000, though the party makes the distinction between “restricted” cash of €342,000 – sourced from the State and therefore subject to regulations about how it can be used – and “unrestricted” funds of €64,000.

However, the reality is that parties can get around many of the restrictions by spending the cash on preparing for elections, rather than actually fighting them.

The commission also reported that five registered parties either have not submitted audited accounts or had submitted incomplete statements, and are not compliant with the law.

They are: Fís Nua, Identity Ireland, the United People party, the Irish Democratic Party and the Workers’ Party.