Pat Hickey prosecutor says ‘process will continue without him’ 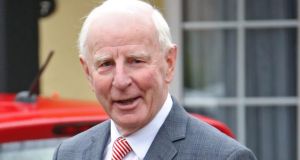 Pat Hickey outside his home in Castleknock on Monday after his return from four months in Brazil. Photograph: Colin Keegan, Collins Dublin

Though Pat Hickey has finally left Brazil, it is a case of gone but by no means forgotten as far as the country’s authorities are concerned.

Brazilian courts are winding up for the summer recess, but in his office in downtown Rio de Janeiro, state prosecutor Marcos Kac is dispatching some of the files that tower over his desk.

One of the biggest to cross his desk is the bulging, 800-page case file that details Hickey’s alleged involvement in ticket touting at Rio’s August Olympic Games.

For Kac, the fact that the long-time head of the Olympic Council of Ireland (OCI) has now left the jurisdiction will make no difference to the case working its way through court. “There is no relationship,” he insists. “The charges have been made, and by the end of this process he will have to prove whether or not he is innocent.”

Kac said the legal process would continue whether or not Hickey returns to Brazil. “The process will continue without him. It will continue until a final decision is made by the judge.”

He expects the case could begin as soon as January, and that it could be up to 18 months before a verdict is reached.

Hickey was allowed to return to Ireland last week on health grounds, nearly four months after his initial arrest. But first he had to pay a €410,000 bond demanded by the court hearing his case as a condition for its lifting the travel ban imposed on his release from prison at the end of August.

According to the prosecutor, the amount of the bond reflected the seriousness of the charges faced by Hickey as well as his ability to pay it. The Association of National Olympic Committees, of which the OCI is a member, put up the money in the form of a loan to Hickey.

Also charged are executives from Dublin company Pro 10, the OCI’s official ticket vendor for the Rio Games, and executives of British sports hospitality group THG, including its owner Marcus Evans and Kevin Mallon, his Dublin finance director, whose arrest in Rio on August 5th in possession of OCI tickets led police to Hickey.

Mallon paid a €205,000 bond this week in order to be able to leave Brazil, but the courts’ summer recess has held up the return of his passport.

Kac says he is untroubled by the fact that Hickey has now left Brazil, despite doubting the health grounds used by the defence.

“I do not contest that he has a health problem, but I do not believe the only person who could treat it is in Ireland. We have excellent hospitals and doctors here in Brazil.”

However, the almost limitless capacity for defendants to appeal court-imposed restrictions to all levels of the Brazilian judicial system meant it was “inevitable” that Hickey would be allowed to leave the country at some stage while his trial took place, the prosecutor says.

“Knowing that at some point or other he would manage to get an order to release him, we preferred that he be liberated through the payment of a bond, which is a guarantee to the judge.”

Witness for the defence

The bond could be deemed forfeit if, in his absence, Hickey’s defence fails to follow all of the court’s procedures, according to Kac. It is now up to Hickey’s lawyers to decide whether to call their client as a witness for the defence during the legal process, or instead exercise his right to remain silent.

In this case, Mr Hickey could potentially not need to attend any of the proceedings before the judge delivers a verdict.

If convicted on all six charges laid against him, Hickey could face more than 20 years in prison, along with monetary fines, Kac says. “Then, after exhausting all avenues of appeal, if he does not appear to serve his sentence there could be a request made to Interpol seeking an international arrest warrant.”

While the Irish government may not opt to extradite their own citizen, “he would be impeded from leaving Ireland, and going to any other country that has an extradition treaty with Brazil”, Kac says.

The prosecutor and the police team that built the case against Hickey say they have had no contact from the Irish inquiry being headed up by Mr Justice Carroll Moran into the OCI’s ticketing arrangements in Rio: “We remain at their disposal.”

Hickey, Mallon and the others charged deny all wrongdoing