Ombudsman warns against any downgrading of Department of Children 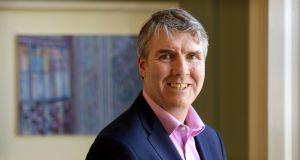 The Ombudsman for Children has expressed concern to Taoiseach Leo Varadkar that the Department of Children and Youth Affairs (DCYA) may be downgraded in any new government formation.

Dr Niall Muldoon, the Ombudsman for Children, wrote to Mr Varadkar last week in response to suggestions in some media reports that the position of minister for children might cease to be a full cabinet post.

The minister for children was given full cabinet status by the Fine Gael-Labour coalition which took office in March 2011. It had previously been a so-called “super junior” ministry, which gives such ministers the right to attend cabinet but not vote at it.

Dr Muldoon said that “abolition” of the department “and the dispersal of responsibility for key issues affecting children’s rights and children’s lives across several departments” would lead to further “fragmentation” when further co-ordination was needed.

“It would also reduce the visibility of children at a time when it is vital that a clear focus on children, their rights, welfare and wellbeing is sustained,” he wrote.

Prior to 2011, children’s issues were mainly dealt with within the department of health. Dr Muldoon said the establishment of a standalone department with a minister of full cabinet rank came “against the backdrop of the horrors of our State’s shameful treatment of children over many decades coming to light”.

“The suffering and hurt documented in a suite of reports – including the Ferns Report, the Kilkenny Incest Case Report, the Ryan Report and the Murphy Report – are in stark contrast to the vision and ambition set out by former minister for children and youth affairs, Frances Fitzgerald, in the DCYA’s first annual report when she stated that ‘growing up in Ireland means you have the best start in life available anywhere in the world’.

“In my view, and having regard to the very serious issues that continue to come to the attention of my office, there is no room for complacency.”

He said the coronavirus crisis was having an impact on the “safety, welfare and wellbeing of children, including children in vulnerable circumstances and with complex needs”.

A Government spokesman said Dr Muldoon had made a “strong case”, adding: “The department was instrumental in making very significant social progress such as the Children’s Rights Amendment, the establishment of Tusla and the National Childcare Scheme.

“There have been no discussions to date on the shape of government departments between Fine Gael, Fianna Fáil and the Greens. ”

The Constitution caps the number of cabinet ministers at 15 and the configuration of government departments is often changed by new administrations to reflect its priorities.

For example, Fianna Fáil leader Micheál Martin, tipped to be the first to be taoiseach in any coalition involving his party, Fine Gael and the Greens, has called for the creation of a department of higher education and research that would be separate from the Department of Education. Mr Martin last year said his party in government would seek a “broader reconfiguration” of departments generally.