New crackdown on unaccompanied learner drivers to come into force 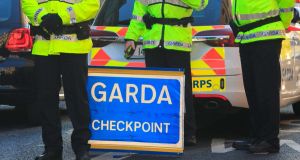 The so-called Clancy Amendment that will penalise car owners who knowingly allow their vehicles to be used by unaccompanied learner drivers comes into force at midnight.

The amendment is named after mother and daughter Geraldine and Louise Clancy who were killed on December 22nd, 2015, when unaccompanied learner driver Susan Gleeson lost control of her car in Co Cork.

Since then their family have campaigned for the amendment to be included in road traffic legislation.

Geraldine Clancy’s husband, Noel, said he was pleased the law was coming into effect at last and looked forward to it being enforced by the gardaí.

Currently the legislation allows for penalties and fines to be imposed on unaccompanied learner drivers but not on the owners of the vehicles.

Now under the amended Road Traffic Amendment Act, which was passed in 2016, the owners of these vehicles will be fined, and the gardaí will have the power to impound their cars.

The Act was held up in the Dáil and Seanad along with legislation lowering the drink-driving limit.

Speaking in advance of the Clancy Amendment becoming law, Minister for Transport Shane Ross said he anticipated it would have a “serious impact on driving culture in this country”.

He added: “I hope that vehicle owners will act responsibly when allowing learners to drive their vehicles, be those learners sons and daughters, friends, or other family members.

“As you are all aware, this Act had an exceptionally difficult passage through the Dáil where it was held up for an unacceptable amount of time.”

Mr Ross said unaccompanied learner driving is “illegal, and it is dangerous”. He added that it was important “once and for all that we need to stamp out the entirely false notion that once someone has a learner permit they are free to drive as they wish.

“A learner permit is not a driving licence. It does not grant the holder the automatic right to use a car for commuting or socialising purposes, unless, or course, that learner is accompanied. Those who argue that putting an end to unaccompanied learner driving will somehow make life harder for people are missing the point.”

Mr Ross denied his proposals to tighten the road traffic legislation were about “crucifying” rural Ireland and making life difficult for young people.

“The reality is that we are doing neither of these things. This new piece of legislation is about preventing collisions and saving lives.”

The Clancy Amendment will be accompanied by a new ‘Crashed Lives’ public awareness campaign that will emphasise the consequences of allowing learner drivers to drive unaccompanied.