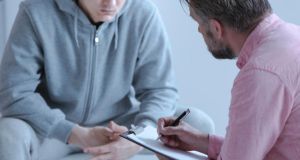 The professional body for psychologists in Ireland said waiting lists were lengthening as more than 200 psychologists posts in the HSE remain unfilled. Photograph: iStock

More than 2,500 children and adolescents are on waiting lists for the HSE’s Child and Adolescent Mental Health Services (Camhs) while a further 6,300 under 18-year-olds are waiting for an initial primary care psychological appointment.

That is according to the Psychological Society of Ireland (PSI) which said less than 9 percent of targets levels for assessments, set under the the Disability Act, were being achieved.

A further 3,345 adults were on waiting lists for counselling appointments, the PSI said.

The professional body for psychologists in Ireland said waiting lists were lengthening as more than 200 psychologists posts in the HSE remain unfilled and it has called for an action programme from Government to address serious issues in mental health supports.

It cited the HSE Mental Health Workforce Planning report 2018, which noted that there were 201 psychologists less than recommended in the strategy A Vision for Change.

As a result, the PSI said there were large geographic areas of the country which had a much lower number of psychologists available relative to the national average.

In its pre-budget submission to Government, the PSI set out a series of recommendation to address the problem.

These include funding for:

*An expansion of the number of funded places in the Doctorate in Clinical Psychology Training;

*A commitment by the Government to extend the funding of the assistant psychologist pilot programme;

*Funding for the Doctorate in Educational Psychology training programme, and;

*The development of funding routes and models that support research activity undertaken by psychologists in a range of public service settings.

The submission also calls on the Government to establish a working party, in conjunction with the PSI, to establish an evidence-based training programme for the assistant psychologist grade.

PSI president Ian O’Grady said current increases in waiting times, caused in the most part by posts left vacant, were set “ have a profound and long-term detrimental impact upon our most vulnerable”.

He said: “The long-term investment in training and supporting psychologists alongside the continual funding of research in the field, will ensure a positive impact upon the nation’s mental health and wellbeing.”