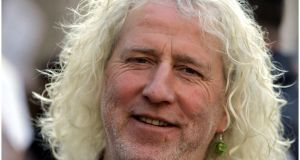 Independent MEP Mick Wallace is to appear as a defence witness for loyalist blogger Jamie Bryson who is being prosecuted over how claims made relating to Nama. Photograph: Bryan O’Brien/The Irish Times

The independent MEP Mick Wallace is to appear as a defence witness for loyalist blogger Jamie Bryson who is being prosecuted in Northern Ireland over how claims relating to Nama were made at Stormont in 2015.

Mr Bryson confirmed on Thursday that Mr Wallace said he would appear as a defence witness.

“I contacted him to ask would he be prepared to appear as a defence witness and obviously he was very happy to do so because evidently a key part of the whole case is the public interest,” said Mr Bryson.

Mr Wallace could not be contacted by The Irish Times on Thursday but he confirmed to the Irish News in Belfast that he would appear on behalf of Mr Bryson.

The case relates to the allegation that Mr Bryson was coached with the assistance of Mr McKay and Mr O’Hara on how to make public allegations under the protection of Stormont privilege that former First Minister and DUP leader Peter Robinson financially gained from the sale of the Nama properties to the American company Cerberus in the £1.2 billion deal known as Project Eagle.

In September 2015 Mr McKay was chairman of the Assembly finance committee which was hearing evidence relating to the National Assets Management Agency and allegations that a “kickback” payout of £7 million was to be shared with some business and legal people and politicians.

At the time Mr Robinson said Mr Bryson’s claims were “scurrilous and unfounded”.

He accused Mr Bryson of delivering a “scripted performance that was little short of pantomime”.

The controversy over the sale of the Nama properties erupted in July 2015 when, under Dáil privilege, the then independent TD Mr Wallace said that following from the Nama sale, £7 million was lodged into an Isle of Man account reportedly intended for a Northern Ireland politician or party.

“I’ve plenty to say about Nama and how the exposing of that was in the public interest and I’ve no problem testifying to that in court,” Mr Wallace told the Irish News on Thursday.

“Nama was a total disaster and cost the Irish state billions and so exposure of that was certainly in the public interest,” he said.

“I’m in London for the next few days supporting Julian Assange who is jail and on trial for simply telling the truth about powerful forces and the actions of the US military.

Mr Bryson, who is representing himself, at a previous hearing said he had also called unionist Assembly member Jim Wells, who has lost the DUP whip, as a defence witness.

Mr Wells, who was a member of the Assembly finance committee that Mr McKay chaired, said he would tell “nothing but the truth”.

Three days beginning on March 30th have been set aside at Belfast’s Laganside court for a preliminary investigation into the case.

Mr Bryson insisted he did not conspire with Mr McKay and Mr O’Hara over the Nama allegations.

He said the decision to prosecute him had “opened the door” to the potential disclosure of more allegations over the sale of the portfolio of properties to Cerberus.

He said the decision to prosecute him and the other two men “had created the situation where the likes of Mick Wallace and other people can come along under the privilege of the court case and tell what they know about Nama”.