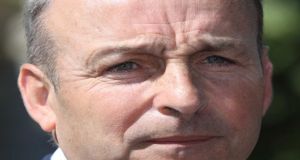 Micheál Martin said there had been a proposal prior to him becoming Minister for Education in 1997 to have history removed as a core subject at Junior Certificate level.

Fianna Fáil leader Micheál Martin has said he will restore history to the core Junior Certificate curriculum if his party are in government after the next election.

He described junior cycle reforms as a “catastrophe” for the subject. From September history will no longer be compulsory; instead just three subjects will be mandatory – Irish, English and Maths.

Schools will have the freedom to provide other subjects and so-called short courses, such as digital media literacy and computer coding.

Speaking at the West Cork History Festival, Mr Martin said there had been a proposal prior to him becoming minister for education in 1997 to have history removed as a core subject at Junior Certificate level.

The Fianna Fáil leader, who was a history teacher before becoming a TD, vetoed the proposal and put a note on the file, “this must never happen again” as he feared for the future of the subject.

“If you don’t (have it as a compulsory subject), you will have no follow through in the Leaving Certificate and it would eventually lead, in my view, to the elimination of history,” he told the festival.

Mr Martin’s comments follow on from remarks in May by President Michael D Higgins who expressed “deep and profound concern” that history will no longer be a core subject at Junior Certificate level.

The President said history was the “inheritance of all our people”. And he added that a republic worthy of the name would seek to make it accessible to as many people as possible.

Mr Martin told the history festival that there is never a “positive outcome” when politicians exploit anniversaries for “partisan advantage”.

Mr Martin accused “Provisional Sinn Féin” of seeking to “manipulate and politicise the Irish Revolution” for its own end, especially in its perpetuation of the “corrosive and dangerous myth of the unbroken chain” linking the struggle for Irish independence 100 years ago with the modern-day Provisional IRA.

Mr Martin added that SF had also claimed that Sinn Féin was the party of Constance Markievicz when she chaired the founding meeting of Fianna Fáil. And they managed to celebrate the 100th anniversary of the founding of Sinn Féin without mentioning Éamon De Valera.

Mr Martin criticised controversial Hungarian prime minister Viktor Orban’s “illiberal and anti-democratic behaviour”, which he said was based on the “aggressive promotion of a cult of grievance about the post first World War settlement”.

Mr Orban has constantly harkened back to the Treaty of Trianon in 1920 which created the modern country of Hungary, but left many ethnic Hungarians in other countries.

He said Mr Orban had used the grievances around the Treaty of Trianon to distract from his domestic failings.

Mr Martin added: “I do not see how it is possible for a country to tackle the needs of today when it defines programme in terms of the past when it had an aristocratic suffrage, dominated many millions of other nationalities through political and social repression and sought to keep out the modern world.”