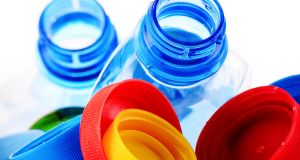 A full list of the affected products and batch numbers is available on fsai.ie. Photograph: iStock

A mechanical failure on a filtration device caused the level of arsenic to climb above legally acceptable levels in a batch of water products shipped by Monaghan company Celtic Pure to some of the largest supermarket brands in the State.

The breach, which came to light following a product recall notice issued last week by the Food Safety Authority of Ireland (FSAI), affected consignments of water destined for Lidl, Aldi, Dunnes and Applegreen, among other retailers.

Celtic Pure provides water for some of the own-brand products offered by these chains. The affected products are being removed from the shelves of the shops in question, with health experts telling anyone who feels ill having consumed the water to go to their GP.

In a statement, Celtic Pure said that the removal of the batches from sale is “a precautionary measure only and consumption of the product does not cause any immediate or on-going risk”.

The company added that the recall “is the result of a mechanical failure of a filtration device which has been isolated to one of our many springs. The quality team has taken immediate action and removed this device and source and we can confirm that this issue is now fully resolved”.

Other than the products named by the FSAI, no other batches, including Celtic Pure’s own line of water, were affected.

Issues around the levels of arsenic in water products first emerged on July 27th when BWG, which owns the Spar and Londis businesses, issued a product recall for its own-brand items.

The FSAI released the wider recall last week. The food safety oversight body said that the recall is “part of an ongoing investigation into Celtic Pure being undertaken by the FSAI and the HSE [Health Service Executive]”.

Neither body would elaborate on the nature of the investigation, what had been established to determine, or for how long it had been underway. A source close to Celtic Pure said that the company believed there was no wider investigation into its plant, and that any investigation was in effect completed.

In a statement Aldi said Celtic Pure had recalled some products “as a precautionary measure, due to the presence of arsenic above normal levels”.

“All of the affected product has been removed from sale at all Aldi Ireland stores.”

“Customers should be advised that they will continue to see Comeragh Spring Water for sale in some of our stores. This is because the product in these stores has come from a different Irish supplier and these products are unaffected.”

“We apologise for any inconvenience and thank customers for their co-operation.”

Lidl said it was recalling some bottled water products sold in selected stores across Ireland and Northern Ireland due to the arsenic issue. The company advised consumers who had already bought the affected water that they should not consumer it and would get a full refund, adding that “consumption of the product does not cause any immediate or on-going risk”.

A full list of the affected products and batch numbers is available on fsai.ie.

Q&A: What consumers need to know

How serious is the threat to health?

Arsenic can be seriously detrimental to human health, with acute effects of poisoning including vomiting, abdominal pain and diarrhoea, followed by numbess and tingling of the extremeties. In extreme cases arsenic poisoning can be a risk to life. Long-term effects include skin problems which can heighten skin cancer risks, as well as cancers of the bladder and lungs.

However, all parties involved in the current recall of some bottled water from a number of supermarket chains over higher than normal levels of arsenic are advising that the immediate public health risk is not serious.

Celtic Pure which produces the own-brand water for several retailers said in a statement that the recall is precautionary and does not cause any immediate or ongoing risk. The Food Safety Authority of Ireland said that people “should not be alarmed or concerned as the levels detected, whilst above the legal limit, are not considered to pose any short-term adverse health effects and the risk of any long-term health effect is unlikely”. The Health Service Executive said it supports the information and advice given by the FSAI. However, consumers are advised not to drink the water and to contact their GP if they feel unwell having done so.

What products are affected?

Some of the still and sparkling waters under Aldi’s Comeragh Brand – although not all – are affected, as are still waters from Applegreen, Broderick and Dunnes Stores. Some Dunnes own-brand flavoured waters are affected, as are some own-brand still waters from Itica, Lidl’s Carrick Glen brand, Londis, Macari, Mace, Plane, San Mairno and Spar. Retailers are in the process of removing, or have removed, the affected products. A full list of batch numbers and more information is available on the FSAI website.

Who are Celtic Pure?

Celtic Pure is a family-run business based in Co Monaghan. In addition to its own brand of water (also called Celtic Pure, and not affected and so not part of the recall ), it supplies water to some of the biggest retailers in the country. The company, which was established in 2000, is the official water of the Football Association of Ireland. Its founder, Padraig McEnaney, recently changed the company’s corporate structure to be an unlimited company, meaning there is less financial information available about it. However, its most recently available accounts show accumulated profits of €3.8 million. The company’s shares are held by an offshore entity, registered in Jersey.

What caused the problem?

A mechanical fault on a filtration unit at one of the Celtic Pure springs occured, meaning that naturally-occuring arsenic in the water was not taken out.

Has it been fixed?

Celtic Pure has said the device and source have been removed from its production line and that the issue is now fully resolved. The company said it operates to the “highest standards of health and safety and takes this issue very seriously”.