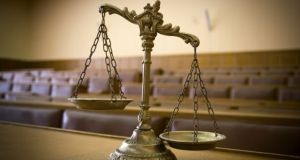 A 44-year-old man has been remanded on bail after he was charged in connection with the discovery of over €700,000 worth of drugs by gardaí in a remote isolated farm in North Cork over the weekend.

Michael O’Brien from Bweengameil East, Bweeng was brought before a special sitting of Mallow District Court on Sunday afternoon and charged with two offences arising from the drug seizure by gardaí on Saturday.

Det Gda Pat Sexton gave evidence of arrest, charge and caution and told Judge David Waters that Mr O’Brien made no reply to either charge when they were put to him.

Insp Mick Corbett said gardaí had no objection to bail once Mr O’Brien was willing to comply with a number of bail conditions and if they were agreeable, he would be seeking a two-month remand.

Mr O’ Brien’s solicitor, Cathal Lombard confirmed his client was agreeable to all the bail conditions being sought by gardaí including that he reside at his home at Bweengameil East in Bweeng.

Judge Waters noted Mr O’Brien’s willingness to abide by the various bail conditions sought by gardaí and he remanded him on bail on those terms to appear again at Mallow District Court on April 23rd.