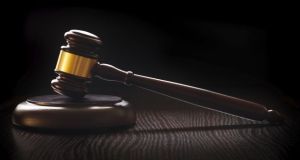 A 27-year-old man has been jailed for three years for an unprovoked attack on a landcape gardener with a vodka bottle.

The victim’s skull was so badly fractured that he now has to stay indoors with the blinds down because he suffers migraines due to light sensitivity.

Estonian, Jaanus Poldme, who grew up in Castletownbere but now is of no fixed abode, pleaded guilty at Cork Circuit Criminal Court to assault causing harm to landscape gardener, Kieran Murphy (30) at the Square in Castletownbere in west Cork on April 2nd, 2017.

Garda Martin Hegarty told the court that Mr Murphy was helping out with a Tidy Towns clean up of Castletownbere and was walking to his van at about 5pm on the day in question when without any warning, Poldme came up behind him and smashed a three quarter full vodka bottle across his head.

Poldme was arrested at the scene and taken to Bantry Garda station for questioning where he made full admissions to his involvement in the assault but could give gardaí no reason for the attack on Mr Murphy which was seen by a number of witnesses and captured on CCTV.

In his victim impact statement, Mr Murphy told how he had finished up his volunteer work with the Tidy Towns group and was walking to his van when Poldme walked up behind and without cause or warning, hit him with a two litre vodka bottle.

“I was knocked unconscious and when I regained consciousness two minutes later, I found myself lying in a pool of blood, surrounded by a group of witnesses to the incident and first aiders tending to my head wound before I was transferred by ambulance to Cork University Hospital.

“Many agonising hours later, MRI and brain scans revealed a depressed skull fracture and air pockets in my skull. I was treated for a laceration to the scalp and was kept under observation in hospital for the next few days as I had bled from my ear and was at risk of infection and seizures.”

Mr Murphy told how his life has been destroyed by the assault as he is now in constant pain with relentless migraines and high noise and light sensitivity along with vertigo making leaving home a debilitating experience for him and his business as suffered as he can no longer work.

“I used to take great pleasure in working outside in the fresh air but now the day light causes migraines and I spend my days inside with the blinds down,” said Mr Murphy who also suffered a jaw joint dislocation which causes him pain when he eats and means he cannot yawn.

“This was a completely unprovoked attack - I did not ask for any of this ..... at this moment of time, I have no idea where my life is going - all that I have worked so hard for and the life I loved has been suddenly taken from me in this senseless fashion by the accused person.”

Poldme, who had a total of 11 previous convictions including convictions for public order, criminal damage, drugs and engaging in threatening or abusive behaviour, had entered a signed plea of guilty the charge but was still unable to tell gardaí why he attacked Mr Murphy.

“I can’t explain why I assaulted him - it was not that I made up my mind to attack him- I can’t explain it,” said Poldme in an interview with gardaí and the court heard that the Poldme had some previous engagement with the mental health services.

He sentenced Polde to four years in jail with the final year suspended on condition that he stays away from Castletownbere for a period of two years upon his release from jail and that he has no contact with the injured party Mr Murphy upon his release.