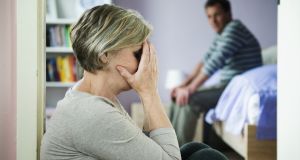 The Government is to consider introducing a specific offence of domestic violence later this year, a United Nations committee has heard.

Earlier this year the Department of Justice said that forthcoming domestic violence legislation would not make physical or psychological violence against partners a specific offence.

At the time, then minister for justice Frances Fitzgerald accepted advice from the Director of Public Prosecutions that it would be too difficult to prove the offence beyond a reasonable doubt in a criminal court due to the complexities of defining domestic abuse.

However, critics pointed to the successful introduction of domestic abuse offences in other countries such as England and Scotland.

On Friday a Department of Justice delegation told the UN Committee against Torture in Geneva that the Government was now open to considering making it a specific offence following representations from several senators.

A Justice spokesman confirmed to The Irish Times that “consideration is being given to bringing forward a number of amendments to the Domestic Violence Bill in consultation with the Office of the Attorney General including a domestic violence offence”.

The provision will be discussed during the next Dáil term. Women’s rights organisations have been lobbying for the specific criminalisation of domestic violence and it is understood the new Minister for Justice Charlie Flanagan has been more receptive to the proposal than his predecessor.

The Irish Government delegation in Geneva was responding to questions from the committee on Ireland’s human rights record including criticisms of the State’s treatment of survivors of Magdalene laundries.

On Thursday the committee told delegates it appeared Ireland was “walking back from the famous apology” by former taoiseach Enda Kenny to Magdalene survivors.

On Friday Minister of State for Justice David Stanton told the committee the State’s apology still stands and there was “no question of walking it back”.

The committee had asked the Government to invite a UN special rapporteur to visit the State on the issues of Magdalene laundries and mother and baby homes.

Mr Stanton replied there was a “standing invitation” to UN rapporteurs to visit Ireland.

Responding to questions on criminal prosecutions resulting from the McAleese report, the delegation said only two criminal complaints had been made by survivors and that neither person decided to proceed with them.

The delegation also faced strong questioning on the operation of Caranua, the independent statutory body tasked with providing services to survivors of institutional abuse.

The delegation denied allegations that the body was “retraumatising” survivors in its dealings with them.

Nearly all of the €110 million allocated to Caranua – the independent statutory organisation charged with managing a fund to improve the lives of survivors of institutional abuse – had been spent and no other funds would be made available, the committee was told.

A justice official said it was unreasonable for the State to be expected to pay any more considering most of the abuse was at the hands of religious institutions and that the State had already paid out about €1 billion.

He said there were 10 prisoners in solitary confinement. He said they were mostly being held there for health reasons and that one had been engaging in “a dirty protest”.