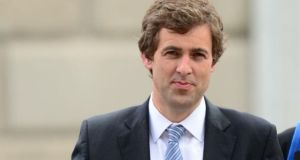 Long-term planning and preparation is required for a united Ireland, an Mark Daly has said. Photograph: Alan Betson

Long-term planning and preparation is required for a united Ireland, an Irish senator has said.

Taoiseach Leo Varadkar has previously warned that now is not the time to prepare for a referendum on a united Ireland.

Mr Daly said: “The major lesson for Ireland from the Brexit crisis is the unforeseen consequences of holding a referendum without proper planning.

“A united Ireland requires long-term planning and preparation with all sides.”

Mr Daly said: “As it stands, a referendum on a united Ireland could potentially be decided by the Secretary of State before a single vote is cast.

“The Secretary of State for Northern Ireland cannot say the majority are or are not in favour of a united Ireland until it is decided who will be allowed to vote in a referendum.”

He said there was an urgent need for more policy and greater clarity.

Mr Varadkar has said the time is not right to begin official planning for a referendum on Irish unity.

A recent poll revealed more than two-thirds of voters in Northern Ireland believe Brexit will make a United Ireland more likely within the next 10 years.

Senator Daly said: “My response to the Taoiseach is that policy neglect seldom goes unpunished and we are well aware that Northern Ireland has a tragic history of denying people the right to vote. The future referendum on a united Ireland cannot be another chapter in that story.”