Arrangements being made for prize to be claimed by online player 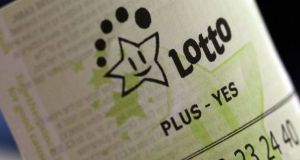 The winning ticketholder had selected their own numbers.

Wednesday night’s €8.5 million Lotto draw has been won by an online player in Co Limerick, the National Lottery has confirmed.

The winner made contact with the National Lottery on Thursday.

“We can confirm that we have been contacted by the lucky ticketholder and arrangements are currently being made for the prize to be claimed. Once the prize has been paid, we hope to share further details of the lucky winner, once they are happy to do so,” a National Lottery spokesperson said.

The winning ticket was a €6 Normal Play selection, meaning that the player selected their own winning numbers.

“€8.5 million really is a life-changing sum of money so we will be carefully guiding this winner through this prize claims process over the course of the coming weeks to ensure that they are fully prepared when claiming this massive prize,” the National Lottery spokesperson added.