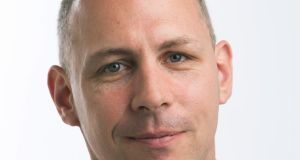 Malachy Browne was part of a team of journalists awarded the prize in the international reporting category for a series of stories “exposing the predations of Vladimir Putin’s regime”, the Pulitzer committee said. Photograph: Earl Wilson/New York Times

Limerick journalist Malachy Browne has been named as one of the winners of the prestigious Pulitzer Prize.

Mr Browne, a senior story producer with the New York Times, was part of a team of journalists awarded the prize in the international reporting category for a series of stories “exposing the predations of Vladimir Putin’s regime”, the Pulitzer committee said.

The series of articles and videos traced the actions of the Russian regime in destabilising African, European and Middle Eastern countries and bombing citizens in Syria.

As part of the team, Mr Browne led an investigation into the intentional bombing of Syrian hospitals by Russian aircraft, a story which lead to widespread condemnation of the Putin regime.

The Limerick man, who is a nephew of well-known broadcaster Vincent Browne, is from the village of Broadford. He studied engineering in UCD and international relations in UL before entering journalism.

Last year Mr Browne and his team at the New York Times won an Emmy for their work documenting the Las Vegas massacre of 2017.

Other winners of Pulitzers this year include The Seattle Times for its reporting on the design flaws in Boeing,  which led to two deadly crashes, and the Washington Post for its work on climate change.