‘It is soul destroying’: Kildare hotelier on calling guests to cancel

Anger across the midlands: ‘There was outbreaks in Dublin, they didn’t shut the place’ 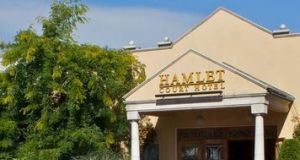 The Hamlet Court Hotel at Johnstown Bridge in north Kildare which is among the many businesses forced to closed in the midlands after new restrictions were imposed on Kildare, Offaly and Laois. 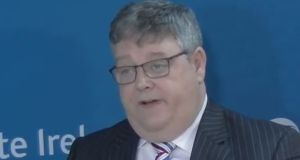 John O’Neill, the owner of the Hamlet Court Hotel, who said the pandemic and Brexit were creating huge uncertainty for businesses.

His hotel is now shut but just down the road there is no lockdown, businesses remain open and everyone is going about their business.

But five weeks since emerging from the national lockdown, the Hamlet Court is closed again after the restrictions for Kildare, Offaly and Laois came into force at midnight.

The 30-bedroom property had been booked out for tonight but last night Mr O’Neill and his staff had to start phoning guests to cancel their bookings for the next two weeks.

Among the events booked with the hotel were christenings and confirmations.

“I had a wedding booked for next weekend. Look, it is people’s lives we are dealing with, that has to be the number one priority,” says Mr O’Neill.

“But it is soul destroying,” he adds, almost in a whisper.

While the first lockdown was tough, everyone was in the same boat and there was a feeling the Government were rowing in behind businesses, he says.

“This time it is different. This time the suppliers have been suffering themselves, they might not have as much forbearance”.

He also says the changes to the pandemic payment scheme will impact his staff. “It is worked out on a week one to nine basis [MEANING]our part-time staff, some of whom have been here for more years than I can remember, will get about €80 a week.”

The hotel relies on the peak summer season of about ten weeks from mid-June to end of August.

The challenging times are the bleak months of November, January, February and March. This means a good December is vital to sustain the business going through the winter.

“August should be our busiest month but we have this lockdown for a minimum of two weeks. What if there is another one, we wonder will people be going out by Christmas, will we still have Covid then,” he wonders.

As a small business, Mr O’Neill says the sense of uncertainty is hugely problematic: the first lockdown, Brexit in the background, the fall in the value of sterling and the drop in UK tourists, and now this.

These challenges have combined to make life for businesses “interesting,” he notes, with wry understatement.

Elaina Fitzgerald Kane president of the Hotels Federation said it was “deeply regrettable” that restrictions has to be reintroduced.

“Undoubtedly this latest lockdown will have a significant impact on the morale of the people in these counties and across the country” she said.

She called on Government to provide longer-term support for those sectors of the economy that are most adversely affected by the pandemic “including the tourism industry.”

The introduction of restrictions, in a bid to control a sharp spike in Covid-19 cases in the three counties, also drew anger and frustration from locals who feel the measures are disproportionate.

“We seem to be expendable here in the midlands. There was outbreaks in Dublin, they didn’t shut that place down, did they?”

Mr Purcell, who said he lives in Naas, said the strategy was “just stupid. No consultation... we are completely forgotten about”.

He said there was no testing centre in Co Kildare and called on the Taoiseach and Tánaiste to visit the county to “look people in the eye”.