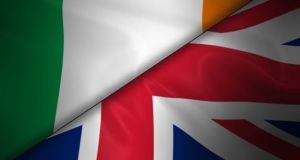 British prime minister Boris Johnson has pledged to end what he has described as ‘vexatious prosecutions’ against former servicemen, who argue they are being unfairly pursued many years later.

A new, independent body is to be created to investigate all “unresolved” Troubles deaths, the UK government has announced.

It said this would mean an “end to the cycle of reinvestigations that has failed victims and veterans for too long” and would ensure British army veterans who were deployed in Northern Ireland “receive equal treatment to their counterparts who served overseas”.

No further detail on the proposals was provided on Tuesday night, but it is understood more information will be forthcoming later on Wednesday.

A commitment to introduce legislation for implementing provisions on legacy outlined in the 2015 Stormont House Agreement within 100 days was one of the pledges of the New Decade, New Approach deal that restored the Northern Ireland Assembly in January.

Among the measures in the 2015 deal was the creation of a Historical Investigations Unit to investigate outstanding Troubles-related fatalities.

How to handle the legacy of the past has long been a contentious issue in Northern Ireland.

A small number of former soldiers – including Soldier F, who is accused of two counts of murder and five of attempted murder in Derry on Bloody Sunday in 1972 – are facing prosecution for Troubles-era killings.

British prime minister Boris Johnson has pledged to end what he has described as “vexatious prosecutions” against former servicemen, who argue they are being unfairly pursued many years later.

What are the proposals?

This is rejected by victims’s families and groups who argue that the vast majority of cases involving servicemen were either not investigated, or were not considered adequately.

The UK government said “reconciliation and information recovery for victims” would be a “key part of the proposals”.

“A new independent body will conduct swift, final examinations of all the unresolved deaths. Only those cases where there is new compelling evidence and a realistic prospect of a prosecution will be investigated,” said the government.

“Once cases have been considered there will be a legal bar on any future investigation occurring. This will end the cycle of reinvestigations for the families of victims and veterans alike.”

Secretary of State for Northern Ireland Brandon Lewis said the UK government would now begin “an intensive period of engagement with the Northern Ireland political parties, and the Irish Government, to discuss these proposals in detail”.