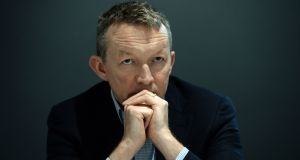 The Health Service Executive is expected to formally write to the Department of Health setting out its concerns over the delivery of services for patients next week if the planned three days of strike action by nurses goes ahead.

More than 40,000 members of the Irish Nurses and Midwives Organisation (INMO) and the Psychiatric Nurses Association (PNA) are scheduled to stage work stoppages on Tuesday, Wednesday and Thursday next week.

Government sources said on Thursday night that they anticipated the Labour Court could seek to intervene again in the dispute on Friday.

Other informed sources said the Labour Court may review the situation on Friday morning.

The Government on Monday offered to hold talks with nursing unions on issues other than pay, but this was rejected.

Sources said there had been discussions between various parts of Government over recent days with a view to arranging further talks to try to avoid the strikes planned for next week which, it is feared, could lead to increased risks for patients.

On Thursday, the HSE’s chief clinical officer Dr Colm Henry expressed concern at the potential impact of another wave of strikes next week.

He said some cancer surgeries did not go ahead on Thursday because of the nurses’ strike. He told RTÉ that while discussions with the INMO were still ongoing in relation to exemptions for cancer surgery, a number of surgeries had been cancelled at different locations around the country.

“Clearly these patients are a priority. We are seeking exemptions for rapid access clinics for cancer patients. It is becoming more and more of a concern.”

Dr Henry also warned that the HSE’s ability to prioritise patients for whom procedures were cancelled is being compromised.

Last week, the HSE had said that such patients would be prioritised for new appointments for rescheduled procedures. “If this goes on next week we can’t give that assurance.”

He explained it was possible for the system to “absorb” one day of cancellations as had happened last year during Storm Emma and last week’s one day strike, but there was now a “cumulative effect” which would make it increasingly difficult to reschedule cancelled appointments and procedures.

Dr Henry said he was particularly concerned at the impact such cancellations would have on the outcome for patients.

“We are seeking exemptions for the most critical services.”

The need to see critical patients is becoming more and more urgent, he added, but their appointments are being “pushed out further”.

The HSE said the number of hospital and community health-service appointments cancelled as a result of the nurses’ strike so far had reached nearly 80,000. More than 27,000 appointments were cancelled on Thursday.

Meanwhile, Minister for Public Expenditure Paschal Donohoe told the Dáil the Government could not put the stability of a collective wage agreement on the table to resolve the nurses’ dispute.

Mr Donohoe said if changes were made to the public sector pay agreement there would be “be immediate consequences for every other public servant in the State”.

He stressed that “we are willing to engage in the machinery of the State but the key condition we need to adhere to is how we can preserve the overall agreement that is in place”.

However, responding to a question from People Before Profit TD Gino Kenny, the Minister said he accepted and still stood by the analysis of the public service pay commission in its recommendations that “there could be targeted changes made in particular in relation to allowances which at that point were unlikely to trigger any competing claims”.