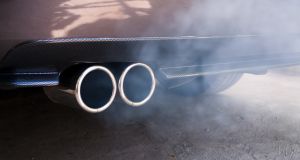 What has been described as “a clear fault line” has emerged within the Oireachtas Committee on Climate Action over whether carbon taxes should be increased over the next decade in an effort to reduce emissions.

Fine Gael, Fianna Fáil, Labour, the Green Party and some independents broadly agree on setting a trajectory for increasing the tax on carbon from €20 per tonne to €80 per tonne by 2030.

People Before Profit is emphatically against any increase in carbon tax. Sinn Féin has indicated it did not favour higher taxes, while supports for decarbonisation of transport and more significant grants for retrofitting houses were not in place.

The committee was set up to consider how best to implement the Citizens’ Assembly recommendations on climate change. Its report had been due to be finalised at the end of January, and is intended to feed into a Government plan due by the end of March.

An attempt to seek consensus on carbon tax has been made in recent weeks and the issue dominated a meeting on Wednesday.

Among those supporting tax increases, it is understood there is division on whether a “fee and dividend” should apply, whereby money is given back to householders, or if the tax should be ring-fenced for decarbonisation measures such as retrofitting houses – a process known as hypothecation. Members have been given analysis from the Economic and Social Research Institute (ESRI) which shows the dividend approach increases net income and would benefit farmers.

Green Party leader Eamon Ryan said the committee was facing into a difficult period in attempting to get a report across the line in advance of the budget, though final sign-off would be a matter for the Minister for Finance.

While he favoured the dividend approach, the hypothecation route would be acceptable, “but you have to get political buy-in”. A clear commitment would feed into the Government plan and “make it a lot easier for it to set out its stall”.

He added: “It’s really difficult to get political commitment. There is a lack of a sense that the public is demanding this.”

There was “no honest assessment” of how Ireland could close its large emissions gap. While progress was being made, there was an absence of urgency and “no real acceptance of the scale of change needed,” Mr Ryan said.

People Before Profit TD Bríd Smith confirmed she was against any increase in carbon tax, because she did not believe it would have any significant impact in reducing emissions, even where a dividend applied.

It placed an emphasis on individuals when it should target corporations more, and fossil-fuel industry in particular, who were most responsible for emissions, she added.

She had agreed, however, to a scoping exercise to evaluate its impact in countries where a fee and dividend was in place. The key vote on the tax was set to be put off until the end, she said, and a minority report outlining her position was likely.

Labour TD Seán Sherlock said the committee was still working through the report but “a clear fault line has emerged between those who acknowledge the need for carbon tax and those who won’t acknowledge that”.

Because of a large number of amendments on the issue, he believed the committee had a long way to go before a final report could be agreed.

Significantly, he said there was consensus on beefing up the Climate Change Advisory Council, to put it on a statutory footing and allow it set reduction targets for the country that the Government would have to comply with.