Auditors say some expenditure could cause reputational damage 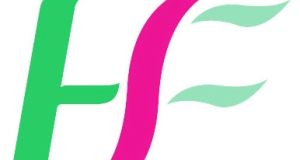 HSE auditors said €72,383 had been spent between January 2016 and August 2018 on team development staff activities at Jigsaw, the charity providing mental health services for young people

HSE auditors have criticised spending at Jigsaw, the charity providing mental health services for young people, which they said may be considered as inappropriate and cause reputational damage.

Internal auditors said €72,383 had been spent between January 2016 and August 2018 on team development staff activities in the organisation.

It said in a report issued on Monday that these included team building exercises, yoga classes, Dublin Bay and Shannon cruises, escape room events and mindfulness workshops with fruit hampers being provided on well being days.

The report says in 2017 more than €12,000 was spent on food in areas such as team breakfasts, team lunches, events for staff who were leaving and at a Christmas party.

Included under “other” expenditure for the period from 2016 to August 2018 was €3,936 for VHI employee assistance; €2,922 on coaching sessions for one member of staff; €816 on relaxation and lunch package for staff and €920 on team development overnight accommodation.

The audit finding said such expenditure may be considered inappropriate by funders and the public and could cause reputational damage and risk future funding streams.

It said Jigsaw funds should not be used for staff “life occasions” including birthdays, the departure of personnel, breakfasts, lunches, Christmas parties or retirement events.

Auditors also said that gifts including alcohol were purchased by Jigsaw during the audit period.

“Jigsaw’s policy on gifts noted that this expenditure was to be coded as ‘office supplies’,” the audit said.

It also maintained there was no evidence of a business case being presented in relation to a €20,000 contribution towards the refurbishment of a premises in Co Meath.

The auditors concluded that while some of their findings were significant, these generally related to 2016 and 2017 and that in 2018 there had been significant improvements in controls and practices.

Jigsaw said in a response to the HSE internal auditors that while it accepted there were areas of improvement needed, it was committed to being an organisation that was lean, efficient and effective in its work.

It said it had been successful in developing services to meet gaps in public service provision for young people who required early intervention supports to address their mental health concerns. It also said it had moved from being an organisation solely reliant on philanthropy to one that received significant funds to deliver services on behalf of the HSE.

Separately HSE internal auditors warned that greater controls need to be put in place in the appointment of management posts in the health service to avoid “grade drift” and breaches of Government pay policy.

An internal audit report said the office of the HSE director general had received anonymous correspondence, ostensibly from staff, which raised concerns about potential grade drift, non-compliance with rules on pay and the use of special purpose contracts in posts to get around official employment controls in “posts associated with hospital groups, community health organisations and [in HSE] Corporate.

Auditors said the underlying theme of the anonymous correspondence related to grade drift arising primarily from the lack of clear job sizing /role (grade) definitions which set out key characteristics and responsibilities for positions.