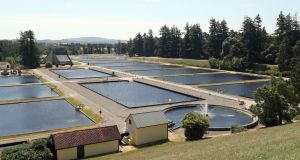 Hosepipe bans will become increasingly regular until Irish Water grasps the “nettle” of leakage from decaying pipes in Dublin city, a climate expert has warned.

The national water utility has said an imminent hosepipe ban is highly likely as water supplies for the greater Dublin area have dropped dramatically during a period of drought.

Water conservation orders restricting use were first introduced in Dublin during the summer of 2018, and later extended to much of Leinster and Munster, to reduce pressure on water supply.

Emeritus professor John Sweeney, who specialises in climate research in Maynooth University, said hosepipe bans would become “increasingly regular” if steps were not taken to address pressure on water supply.

One of the problems was the huge levels of water lost through leaks in old pipes, particularly in areas such as Dublin city centre.

The Dublin region was having its “driest spring since 1837”, which had a massive impact on water supply, Prof Sweeney said.

At the same time Irish Water has seen “unprecedented demand” over recent weeks, according to Yvonne Harris, the utility’s head of customer operations.

Some 16 water supplies are already classified as at “drought” level, while a further 38 are “pending drought”, Ms Harris told RTÉ’s Morning Ireland programme.

“We feel it is highly likely we will be required to implement a water conservation order,” she added. Ms Harris said on hot days “demand is soaring beyond any previous levels”.

Hand-washing hygiene was obviously critical during the coronavirus pandemic, Ms Harris said, but she appealed to the public not to use water for “unnecessary purposes”.

Around 40 per cent of water supplied is lost through leaking pipes, between ageing Victorian-era pipes, and also substandard drainage infrastructure in some Celtic Tiger developments. Dublin and surrounding areas would continue to face problems with its water supply until that “nettle is grasped”, Prof Sweeney said.

However, the process of tearing up city centre streets to replace older pipes in areas such as Temple Bar would likely see “disruption on the scale of the Luas works,” he said.

Such a move would be opposed by groups representing the service industry, which has already taken a huge financial hit due to the coronavirus pandemic.

Adrian Cummings, chief executive of the Restaurants Association of Ireland, said the hospitality industry “is on its knees” and any retrofitting of water pipes “has to be done in a managed process”.

Works to replace water mains should focus on residential areas for the foreseeable future, as major disruption to Dublin city centre “would not be welcomed” by businesses, he said.

Donal O’Keeffe, chief executive of the Licensed Vintners Association, which represents Dublin pubs, said “no step should be taken that would compromise” the service sector’s recovery.

There had also been an “absence” of progress in the Shannon water scheme, Prof Sweeney said, referencing the planned development of a €1.3 billion pipeline to extract water from the river Shannon to address demand in Dublin.

Meanwhile, on Tuesday night rainfall was expected to spread from the southeast.

The rest of the week is to be much cooler, with Wednesday forecast to be blustery and cloudy. Temperatures in the northwest will be between 11 and 14 degrees, but may reach 20 degrees elsewhere.

The showery and cloudy conditions are forecast to continue into Friday and Saturday, with top temperatures of between nine and 14 degrees.