Has shift to cloud made Consumer Electronics Show irrelevant? 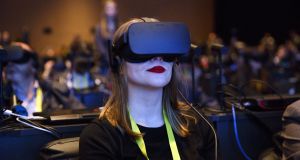 The Consumer Electronics Show (CES) kicked off in Las Vegas this week and, as usual, it inspired a large amount of grumbling from the technology press asking just how relevant it is in 2017.

The annual gizmo expo has changed dramatically in recent years but is still phenomenal in scale and still full to bursting with new, cutting-edge technology. Health and fitness trackers are all the rage; the elusive dream of the connected home continues to generate lots of buzz; virtual reality goggles offer a new opiate for the masses; and televisions grow in resolution while getting thinner with every passing year.

But for all that, the event has lost its status in recent years, particularly when compared with its heyday in the early years of the century.

Back then, Microsoft used to stage the keynote at CES, with Bill Gates setting the agenda for the technological year ahead – unveiling all sorts of concepts, usually way before their time, including tablet computers and smartwatches.

Today, the sprawling CES lacks the central focus that Microsoft once gave to it.

Certainly, tech giants such as Samsung, Nvidia and other large firms show off some of their new wares, but in the age of cloud computing the sense that the future of technology is being unveiled in Vegas in the first week of the year no longer holds true.

Partly, that’s a factor of the increasing pre-eminence of software over hardware in shaping the direction of technology, but it also reflects changes in how the consumer electronics business operates.

In recent years, the centre of gravity in the consumer electronics world has shifted to Shenzhen in China, where a vast array of factories can turn on a dime and start producing huge quantities of whatever gadget is currently in vogue, operating on razor-thin margins and hoping to make money by selling devices in huge quantities – think of the sudden hoverboard craze of 2015, and the exploding battery issue caused by the rush to fill demand.

But if the consumer electronics industry at large just pivots from season to season to follow the latest fad, it is closer to the toy industry than the sort of bleeding-edge technology that actually changes the way we live. And CES embodies that shift.