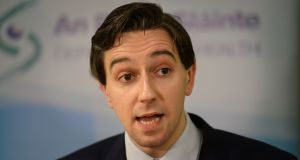 The HSE has announced the opening of dozens of extra hospital beds to tackle the ongoing trolley crisis following a meeting with Minister for Health Simon Harris.

The Executive said 60 additional beds will be opened immediately for the next four weeks in 10 hospitals. These “transitional care beds” are in the following hospitals: Galway, Clonmel, Wexford, St Vincent’s, St James’s, Tallaght, Drogheda, Beaumont, the Mater and Connolly. They will admit “patients, who would otherwise remain in an acute bed, while their nursing home application is being completed and processed.”

The HSE said the measures were designed to address the increased number of patients in emergency departments as well as a spike in flu which was exacerbating a challenging situation in hospitals.

A number of private hospitals will also be asked to assist ease the overcrowding.

It has also committed to opening an extra 63 beds in hospitals as follows: 28 beds in Galway University Hospital, 15 beds in the Mater, eight beds in Kilkenny and 12 beds in Tullamore. It did not say exactly when these beds would open but said a discharge lounge would be opened in Waterford in the coming weeks. It will also introduce enhanced discharge processes between hospitals.

“It’s unrealistic to expect him as Minister to micro manage the trolley crisis.”

However, “the HSE certainly has got to be more active. It’s pretty odd that this happens at this time every year,” Mr Ross told The Pat Kenny Show on Newstalk.*

Mr Ross said he had spoken to Mr Harris earlier on Thursday. “He is meeting the HSE this afternoon and he intends to go in and kick ass.”

Responding to claims that Mr Harris was seeking line managers to be held responsible for the crisis, HSE director general Tony O’Brien said if any issues of mismanagement were identified within the health service they would be dealt with.

“Clearly if anyone was asleep at the wheel that would be an issue,” he told RTÉ’s Today with Seán O’Rourke show.

“The acute hospital system in Ireland has seen a 6.7 per cent increase year on year in attendances at hospitals. This is something that hospital managers cannot control.

“Many of the factors are outside the control of the people running the hospitals,” he said.

“What we’re seeing here is not something that is in the direct control of the managers of hospitals. They cannot control the numbers of patients needing to be seen in emergency departments. There are a range of measures that they are engaged in. They are working terribly hard.

“Right now is the wrong time to be having that discussion.”

He added many measures had been taken to ensure the crisis was not worse than it currently was.

He said he was also concerned that the influenza epidemic had not yet peaked as schools had not reopened after the Christmas break.

The Department of Education said the HSE is not offering any specific advice to schools - rather it is advising general public health advice and advising individuals with flu to stay home from work or school. “Management bodies for the majority of primary and secondary sector are not aware of any schools which are due to close on Monday, with most indicating it is unlikely they would close”.

Despite the small drop in the number on trolleys, the INMO warned that number would most likely rise above 600 again early next week unless hospitals remain fully staffed over the weekend.

“The reason it’s so bad is the hospitals have been overcrowded all of 2016,” said an INMO spokesman. “Normally at Christmas the hospitals will be practically empty but they weren’t this year, they were still full.

“We predicted last Wednesday that it would go over 600 and it happened. The only way you can manage it would be to fully staff hospitals over the weekend and treat Saturday and Sunday as normal days.”

Before this week, the number of people on trolleys had only once before exceeded 600 in January 2015.

Labour health spokesman Alan Kelly has described the high numbers on trolleys as a “national emergency” while the INMO said it expected the situation to deteriorate further.

His Labour colleague, Senator Kevin Humphreys, the party’s spokesman on Dublin, criticised Mr Ross’s intervention, saying it was time the Minister focused on priorities in his own department, including the delivery of public transport and cycle infrastructure.

“It’s time Minister Ross started kicking ass in transport because if Dublin and Ireland is to continue to grow, a functioning transport system is crucial,” Mr Humphreys said.

A significant rise in influenza and winter-related illnesses has been cited as a major factor. However, a number of doctors, nurses’ representatives and others have said these are only part contributors to a system long in need of overhaul.

“To suggest that this is a flu-related spike is not necessarily the whole story,” said Liam Doran, general secretary of the INMO.

In Dublin, there were 45 people on trolleys in Tallaght hospital on Thursday followed by 22 at Beaumont Hospital and 20 at the Mater hospital.

Meanwhile, ambulances are being forced to wait for up to six hours to drop off patients on hospital grounds because of the trolley crisis, according to worker representatives.

Paul Bell, Siptu’s health division organisation, said it usually took 20 minutes to transfer a patient from an ambulance to the emergency department, but with the overcrowding it was now taking an average of one to three hours and up to six hours in some cases.

“Ambulance crews cannot respond to other emergencies or routine patient calls because of what is happening. Hiqa needs to be advised that the ambulance service cannot perform their duties,” Mr Bell told RTE’s Morning Ireland.

“Our members are deeply concerned that they cannot deliver the best patient outcomes if they cannot get the patients into the hospital staff for treatment.”

Mr Bell said that the HSE knew since before Christmas that this problem would arise. “This conversation takes place at this time every year. There is no forward planning.”

The HSE’s director with responsibility for emergency medicine Damian McCallion said emergency departments were “as safe as they can be”, although he conceded the the executive was not achieving admittance target times.

Mr McCallion said that he shared Siptu’s concerns about the problems being experienced by ambulance crews with delays at emergency departments.

“We are working with the sites where the problem is most severe. We don’t want a situation where ambulances are delayed at emergency departments.”

*This article was amended Thursday to correct quotations attributed to Mr Ross.