Galway 2020 pushed back to February to reflect pagan Ireland 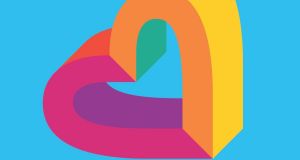 Galway 2020 launch would allow its programme to tie in with Ireland’s ancient, pre-Christian calendar

Galway’s year as European Capital of Culture in 2020 will not officially start until February.

Arthur Lappin, appointed as chair of the Galway 2020 board at the start of this year, said the launch would allow its programme to tie in with Ireland’s ancient, pre-Christian calendar.

Also, the weather during January would not be suitable for a major outdoor event, he said.

“We have actually looked at the old pre-Christian Celtic calendar of Imbolg, Bealtaine, Lughnasa and Samhain, which reflect very nicely on the ancient cultural tradition of this country,” he said.

“We are actually going to build our programme seasonally around those four major events in that calendar.”

It was a “very elegant and apt” solution, he said.

Mr Lappin, a film and theatre producer, added: “I think it is serendipitous too that the weather at the start of January for major public outdoor events - which is what we would be planning - it would be better to have it a little bit later.

“But there is nothing being lost here. There is nobody being deprived of anything.”

Mr Lappin said he didn’t know of any European capital of culture who would have officially launched on January 1st.

In recent years most capitals of culture launched during the third and fourth weeks of January. In 2005, Cork officially started its celebrations as European Capital of Culture on January 8th.

Rijeka in Croatia, which shares the mantle with Galway next year, launches on February 1st. Galway has to officially open within a week of that to allow for European officials to travel to both, according to Mr Lappin.

Preparations for Galway 2020 have been dogged by funding problems and a number of high-profile departures.

Mr Lappin said the original projected budget of €46 million had been scaled back to “just short of €40 million”.

“It is still a phenomenal investment,” he told RTÉ radio.