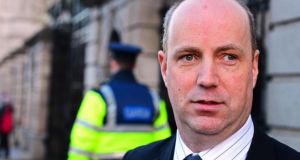 A €3 million mental health fund to be launched next month will grant aid community organisations to help combat loneliness.

The first fund of its kind, it would go a long way through proactive local groups, who are working for mental wellbeing including alleviating loneliness, described by a taskforce as the “most unrecognised health crisis in a generation”.

Groups will be able to submit applications for funding of between €5,000 and €100,000 for their projects.

Mr Daly is in discussion with officials about incorporating loneliness as part of his portfolio for mental health.

It should be minister with responsibility for “civic connectedness” rather than following Britain,  which established a ministry for loneliness.

That was a “quite negative approach to take” and “we should not ask people to put up their hands and say they are lonely”.

A minister for loneliness and the €3 million in funding are among the recommendations of the taskforce on loneliness, chaired by Fianna Fáil Senator and GP Keith Swanick who established the 11-member group with Sean Moynihan of the charity Alone.

The Minister met Dr Swanick earlier this month to discuss proposals to deal with loneliness.

The taskforce published its report, A Connected Ireland, in July last year and also recommended a public campaign on the issue; support for initiatives and organisations which alleviate loneliness as their primary function and an action plan for volunteering; and Ireland-specific research on loneliness.

Often talking to patients who think they are suffering with depression or anxiety he realises “they’re not depressed at all, they’re lonely”.

The Mayo Senator said that a majority of submissions the taskforce received were from those in their 40s and younger, including students and he believed student organisations should apply for funding for specific projects.

Part of those projects could be “befriending campaigns” and he cited one initiative on public transport that was about promoting conversations at bus stops.

Dr Swanick added that it seemed the more connected people were through social media, “the more lonely we are becoming”.

He said a major public awareness campaign around loneliness and wellbeing should be undertaken but “the irony is we are going to have to use social media to raise awareness”.

The taskforce report describes loneliness as an epidemic and the most unrecognised health crisis of this generation, as harmful as smoking 15 cigarettes a day.

The Senator said “the impact of loneliness cuts right across society, age, gender, ethnicity and economic or social strata”.

The Seanad discussed the taskforce last month and during the debate Dr Swanick said he did not throw around a word like “epidemic” lightly but loneliness was a major public health risk for individuals.

He said there was significant international research linking the problem to physical and psychological issues and research suggested loneliness cost UK employers £2.5 billion a year (€2.8 billion).

Independent Senator Alice Mary Higgins pointed to a scheme by the organisation Age and Opportunity called Cultural Companions where “people who want to go to arts or creative events can sign up and go with strangers and others”.

“Houses have been built in a circle where people live independently in a community where the services are located.”