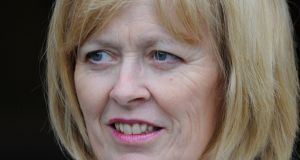 The controversial Galway 2020 European capital of culture project is due to be hit with another resignation as its chairwoman Aideen McGinley has signalled her intention to step aside.

Ms McGinley, who joined the Galway 2020 board as chair designated in March 2017, is a former high ranking public servant in the North. She was chief executive of Ilex, the £400 million urban regeneration company for Derry, and was instrumental in securing its first British city of culture title in 2013.

Galway 2020 said on Friday that Ms McGinley would remain in and was committed to the position of chair until a new appointment is made and “following that, will continue to support the project as a strategic advisor to the board”.

“Having managed the establishment and overseen the implementation of important governance structures and procedures, she now believes that as the project moves to a new delivery phase, a new chair with different skill sets would be best placed to take the project forward,” a statement said.

A replacement creative director had been promised by the end of July. Galway 2020 said on Friday that “negotiations are at a well advanced stage” and signalled “a formal announcement in the very near future”.

The European capital of culture project has been hit with a series of difficulties this year, beginning with a row over appointment of a business engagement director who was due to raise €7 million in sponsorship towards a quoted budget of almost €46 million.

Creative director Chris Baldwin resigned less than a year into his contract in May, and its chief executive Hannah Kiely resigned in September.

An EU monitoring group report warned that Galway was in “danger of losing track with the project”, and identified the need to appoint a new cultural leader, among other issues.

Two key board members, former EU commissioner Máire Geoghegan Quinn and Galway Arts Festival chief executive John Crumlish, resigned in the autumn, arts groups were informed of budget cuts, and Druid Theatre confirmed to this newspaper that it was withdrawing its major project in the bid book.

The project’s rebranding exercise in November attracted more criticism when it emerged that artists had been given a briefing document by Galway 2020 with prescribed answers to questions they might be asked by members of the public.

Ms McGinley said she was honoured to have been asked to chair the project after advising on the bid.

“As with all ambitious and creative projects, it has not been without its challenges which the board and team have met with determination and dedication,”she said.

“ We have built up a superb expert team whose creativity, talent and passion for the project will be paramount to the successful delivery of a unprecedented year with cultural excellence at its core.”