Deal with telecoms firm, which has invested €30m in past decade, due to expire in July 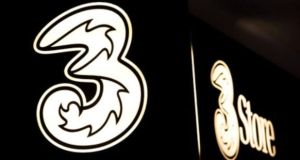 Three Ireland has decided not to renew its sponsorship with the embattled Football Association of Ireland (FAI).

and Telecoms firm Three Ireland has announced that it is to end its decade-long sponsorship of the Football Association of Ireland (FAI), in a move that will add to the troubled sports organisation’s significant financial uncertainty.

Three has, along with Toplion (Umbro/New Balance) been one of the FAI’s biggest backers. The basic value of the company’s support annually was put at €1.8 million when the partnership was last renewed in 2015.

Three’s deal was due to expire in July and, in a statement on Wednesday, it said it had decided not to renew the contract when it ends.

The company said it has supported Irish football for the last 10 years, investing €30 million in the game through a series of sponsorships and other measures.

The announcement is the latest financial body blow to the FAI, which has been at the centre of a controversy since March after revelations about its finances and the relationship between it and former chief executive John Delaney.

The FAI is set to publish accounts on Friday detailing its finances for last year. The accounts, which will confirm the size of the exit package given to Mr Delaney earlier this year, are also expected to show a dramatic reversal in the organisation’s financial health.

Sport Ireland referred an in-depth audit of the FAI’s accounts to the gardaí late last month.

Three Ireland’s chief commercial officer Elaine Carey said the decision was taken after a review of its sponsorship portfolio.

“Having recently reviewed our full sponsorship portfolio,” said Carey, “we have decided to consolidate our sponsorship investment in the area of music”.

The news comes just a day before the FAI is due to publish its accounts for 2018, the compilation of which has been severely delayed due to the many controversy that engulfed the association through the early part of the year and the lengthy re-examination of the organisation’s longer term finances that was embarked upon as a consequence.

The notice given means that the FAI has eight months to find a replacement but it is hard to quantify the damage that has been done to its own brand and how that might affect the value of any subsequent deal with another company.