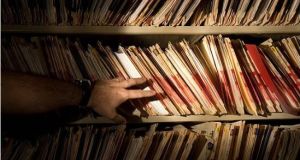 There is an “unacceptably high” level of failure by public bodies, including government departments, to respond in time to requests for records under the Freedom of Information Act, the Information Commissioner has said.

Publishing his annual report for 2017, Peter Tyndall said almost 34,000 requests were made to public bodies last year – an 11 per cent increase on 2016 and an increase of 67 per cent since the new Act was introduced in 2014.

Mr Tyndall said last year was the worst on record in terms of public bodies failing to make a decision on time in FOI requests.

In 29 per cent of cases accepted for review by his office, the public body had failed to issue a timely decision both at the original decision-making stage and at the internal review stage.

“I fully accept that public bodies must meet the increasing demand for their services, and they often have to make difficult decisions in terms of prioritising the allocation of resources. However, the administration of the FOI Act is a statutory function which should be afforded as much weight as any other statutory function,” Mr Tyndall said.

“During the financial crisis, many public service organisations reduced or lost their specialist capacity to deal with freedom of information, and since the increase in demand, we have not seen a commensurate increase in the capacity of public bodies to deal with the requests they are receiving.”

The office accepted 497 applications for review last year – a 97 per cent increase on 2014. It completed 502 reviews, which was an increase of 16 per cent on 2016. In its role as Commissioner for Environmental Information, it made 35 formal decisions last year – 29 per cent more than in 2016.

Some 63 per cent of reviews were closed within four months, which the office said was a record high.

The bodies that received most FOI requests last year were the Health Service Executive (9,601 requests), the Department of Employment Affairs and Social Protection (2,443), Tusla (1,012), Tallaght hospital (890) and the Department of Justice (796).

Key decisions by the commissioner during the year included one in which he directed Dublin City Council to release the details of providers of emergency accommodation for homeless people.

Dublin City Council has appealed the decision to the High Court.

The commissioner also ordered the release of correspondence between the Data Protection Commissioner and the Department of Employment Affairs in relation to her concerns over the extension of the uses of the public services card.

The Information Commissioner also cautioned people working for public bodies about the use of personal email for conducting their official business.

While he said there was no rule preventing them from doing so, his office was seeing an increase in cases where records held in private email accounts fell to be released under FOI, and many bodies seem to be surprised by this.

In his role as Commissioner for Environmental Information, Mr Tyndall received 52 new appeals last year from 16 appellants. Again, the commissioner said the sharp rise in the number of “deemed refusals” under the regulations “seems to me to be a strong indicator that public authorities are not devoting adequate resources to processing requests”.