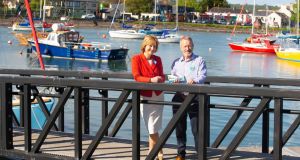 Fine Gael is attempting to shore up its second European Parliament seat in Ireland South as Fianna Fáil aims to get two MEPs elected in the constituency on Friday.

Fresh instructions have been issued from the Fine Gael hierarchy to party supporters in Tipperary and Limerick to help re-elect Deirdre Clune, one of two outgoing MEPs in the constituency.

Ms Clune and Seán Kelly, another outgoing MEP, are running for the party in Ireland South along with Andrew Doyle, the Minister of State at the Department of Agriculture. Ireland South is a five seat constituency, although one seat will be held in reserve until Britain leaves the EU.

Opinion polls have shown Mr Kelly to be in line to top the poll but predict a struggle for Ms Clune to hold her seat. Fianna Fáil’s Billy Kelleher and Malcolm Byrne are also competing for a seat, with the party issuing instructions to its own voters to help get both elected.

In a letter to voters in Limerick and Tipperary, Minister for Social Protection Regina Doherty, Fine Gael’s director of elections for the European contest, said “recent polling has shown the party securing 30 per cent of the vote in the Ireland South constituency”but that holding two seats will need the vote to be shared evenly between the candidates.

Party sources say Ms Clune must get a share of some 10 per cent of first preferences to hold her seat.

Meanwhile, Fianna Fáil has taken out adverts to emphasise how it has split Ireland South, with voters asked to opt for a party candidate depending on where they live. Ireland South takes in Carlow, Clare, Cork, Kerry, Kilkenny, Laois, Offaly, Tipperary, Wexford, Wicklow, Limerick and Waterford.

Fianna Fáil has asked people in Carlow, Kilkenny, Laois, Offaly, Tipperary, Waterford, Wexford and Wicklow to vote for Mr Byrne. Those in Cork, Kerry, Clare and Limerick have been asked to support Mr Kelleher.

Campaigning in the local and European elections is entering its final days, with polling stations opening from 7am to 10pm on Friday. The broadcast moratorium kicks in from Thursday afternoon.