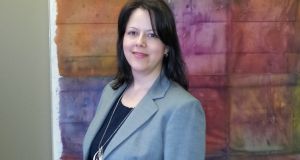 Sherry Perrault, head of ethics and regulation at Sipo

The State’s political ethics watchdog has said it hopes the Government will strengthen its powers to police “revolving door” rules in a review announced in the wake of controversy regarding former minister Michael D’Arcy’s move to the private sector.

The new powers would include the right to seize documents and compel testimony from people suspected of breaching the rules, which stipulate a 12-month “cooling off” period before former ministers or senior officials join the private sector.

Sherry Perrault, head of ethics and regulation at the Standards in Public Office Commission (Sipo), told The Irish Times it welcomed the announcement of a review of the post-employment provisions of the Regulation of Lobbying Act.

“It is hoped that the review will result in enhanced powers to investigate and enforce any breaches of those provisions. The commission has previously called for amendments of the Act to make it an offence to fail to comply with the Act’s post-employment provisions. This would bring these obligations in line with the rest of the Regulation of Lobbying Act.”

Mr D’Arcy joined the Irish Association of Investment Management (IAIM) as chief executive, but did not inform Sipo of the move as neither he nor the group would be lobbying for 12 months. The move sparked widespread criticism and controversy.

On Tuesday, Taoiseach Micheál Martin said he was “not happy, or in any way comfortable”, with the manner of Mr D’Arcy’s move into the private sector. He told the Dáil the Government had agreed that Minister for Public Expenditure Michael McGrath would initiate a review of legislation governing standards in public office “in that respect”.

“I would favour a review and reform of the Sipo legislation,” he said. “Any cooling-off period should have the force of law and sanctions and penalties attached to it.”

A spokeswoman for the Department of Public Expenditure and Reform said the Government is to expedite the review of the provisions of section 22 regarding enforcement. She said it had been the Government’s intention to review the legislation in 2022, but that the review of this particular section would now be brought forward.

However, senior Government and official sources cautioned that reforms arising from the review, and the need to have an effective deterrent, would have to be balanced against the fact that politicians work in a “volatile” profession, and have to seek other employment if they are not elected.

Sources also cautioned that there are limits to how prescriptive the law can be about work after public life, with rules that unduly restrain people’s capacity to seek employment seen as legally vulnerable.

Tánaiste Leo Varadkar, who gave a glowing quote in the press release announcing Mr D’Arcy’s new role, apologised on Tuesday to his Cabinet colleagues for any difficulty it may have caused. Green Party leader Eamon Ryan pushed for a review of the legislation underpinning the area, which was accepted.

The Tánaiste later said he believed Mr D’Arcy should have contacted Sipo, but that he had no knowledge of the matter prior to Sunday.