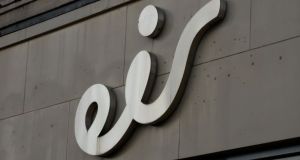 Last week eir came under fire in the the Dáil with Eamon Ryan describing its customer service as “totally unsatisfactory and something the company is going to have to address”. File photograph: Alan Betson

Both eir and Vodafone have made commitments to address serious issues with their customer service operations as a matter of urgency at separate meetings hosted by the Tánaiste Leo Varadkar and the Minister for Communications Eamon Ryan.

The remote meetings between the two ministers and senior executives at the companies took place on Friday morning and both providers are understood to have accepted that the level of care they have offered in recent months has fallen far short of what is required.

Mr Varadkar and Mr Ryan both expressed their dissatisfaction with how they have been conducting themselves and highlighted the escalating level of complaints from their customers.

They pointed out that in a year which has seen a massive increase in remote working people need to be able to rely on their broadband provider more than ever before.

At the meeting the companies highlighted challenges posed by customer care staff working remotely as a result of the pandemic although many of the problems that have been identified by customers trying to resolve issues or even attempting to make contact with the companies predate the current crisis.

Speaking after the meeting the Tánaiste said poor customer service was “something which is causing a huge amount of frustration for people.”

He said it had been “good to hear first-hand from the companies” and he welcomed moves put forward at the meetings which “set out their plans to resolve the issues causing problems, so I really hope we see things improving for customers soon.”

Mr Ryan said it had been important “to relay the level of dissatisfaction being experienced by people who are doing their best to work from home”.

Like Mr Varadkar he welcomed the solutions being worked on by both companies and he expressed optimism that there would be “improvements in the near future”.

He said that while the ongoing roll out of the National Broadband Plan was important consumers needed “existing services to offer a high standard of service”.

Last week eir came under fire in the the Dáil with Mr Ryan describing its customer service as “totally unsatisfactory and something the company is going to have to address”.

The Ceann Comhairle Sean Ó Fearghaíl went further and said its service was “appalling” adding that growing consumer concern about the company raised “profound questions as to whether ComReg is doing its job”.

For its part, ComReg condemned as “completely unacceptable” ongoing problems which Eir customers have experienced when trying to make contact with the provider and defended its role in ensuring communications companies deal with customers complaints in an efficient and effective manner.

Vodafone said it didn’t wish to comment on the substance of the meeting.