Easter weekend: events on offer across the holiday 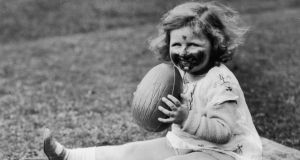 Despite mixed weather over the Easter weekend, families are being encouraged to get outdoors and enjoy the countless activities taking place over the coming days.

One of the big Easter events is Cruinniú na Cásca, a series of free public events which will take place across Dublin city centre on Monday. They aim to celebrate culture and creativity in contemporary Irish society through live music and dance, coding, theatre, art and music, workshops, talks and tastings, readings and screenings.

The events will have a special focus on family and children and will take place at the Custom House, Dublin Castle, Smithfield and St Stephen’s Green.

Some 31 local authorities across all counties will be holding their own events as part of the Creative Ireland initiative.

Minister for Arts Heather Humphreys said the Creative Ireland team had worked in collaboration with local authorities to ensure “feel-good factor” events would take place across the State.

“The theme is inclusivity and diversity,” said Ms Humphreys told RTÉ’s News at One. “That’s the one cornerstone. The arts are for everybody. We want to bring all cultures together; doing so enriches everyone.”

All events are free but members of the public are advised to register online at cruinniu.rte.ie. It follows on from last year’s RTÉ Reflecting the Rising event in Dublin city centre.

A ceremony to mark the 101st anniversary of the 1916 Easter Rising will take place outside the GPO on O’Connell Street, Dublin on Easter Sunday at midday.

It will be led by President Michael D Higgins and Taoiseach Enda Kenny. At noon the flag will be lowered and the Proclamation read by a Defence Forces officer. The President will lay a wreath to commemorate those who died in 1916.

The ceremony will include a Defence Forces brass band and pipe band as well as representatives of the Army, the Air Corps and the Naval Service. It will end with an Air Corps fly past.

There are plenty of other events taking place over the Easter weekend including the Fairyhouse Irish horse racing Easter festival. The festival will run over three days and features the Ryanair Gold cup on Sunday and the Irish Grand National on Easter Monday.

There will be Easter egg hunts aplenty over the weekend with the Cadbury’s Easter hunt in aid of Barnardos back in Merrion Square on Saturday. Hunts will take place from 10.30am-1pm and 2pm-4.30pm in the city centre square.

The Mad Hatter’s Tea Party has free entry and will take place in Deerpark in Mount Merrion from 1pm-5pm on Sunday with kids’ activities, a teacup ride, giant chess, croquet, a hat walk and an Easter egg hunt.

There will be hundreds more Easter egg hunts taking place across the country this weekend including hunts at Leahy’s Open Farm in Cork, Glenroe Farm in Wicklow, Moher Hill Open Farm in Co Clare and Lullymore Park in Kildare.

Aspiring archaeologists can pop along to Christchurch to dig for ancient Viking treasure at the Dublinia Big Dig until the 19th.

The Galway Food Festival also take place this weekend with tastings, workshops and gourmet food offers across the city.