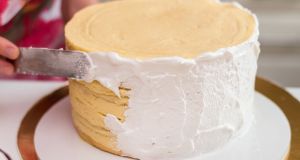 The WRC ruled a bakery was not discriminating on religious grounds when it refused to bake a cake with an anti-gay marriage message. Photograph: iStock

A Co Dublin bakery did not discriminate against a man when refusing to bake a €700 cake with an anti-gay marriage message, the Workplace Relations Commission (WRC) has ruled .

In May of last year, the man placed a cake order with the bakery with the words: “BY THE GRACE OF THE GOOD LORD, I (name redacted), that in my honest opinion – ‘GAY MARRIAGE’ IS A PERVERSION OF EQUALITY and the 34th Amendment to the Irish Constitution should be REPEALED.”

The man told the WRC hearing he was taking the action against the bakery under the Equal Status Act in response to a Belfast court case which had found that Ashers bakery had discriminated against a gay man when refusing to take an order a “Bert and Ernie” cake with a pro-gay-marriage message.

The man said he placed the order both to test and “balance out” the Ashers case.

“Why should the law favour people of a gay orientation and not deal with me the same way?” he asked the hearing, adding: “What’s good for the goose is good for the gander”.

In response to the order, the bakery told the man that they were extremely busy and had to close their order book for bespoke cakes.

As an alternativethat they would bake a cake but that an edible topping be made elsewhere.

The man claimed that the bakery had no intention of making a cake with the message he wanted and this amounted to unfair treatment and discrimination on religious grounds.

The complainant replied that the opening seven words, “By The Grace Of The Good Lord”, made it clear that he was expressing his religious beliefs.

The managing director of the bakery wrote to the man to state that the company did not have the expertise to make the cake he requested and that their position was a commercial decision.

The letter said the complainant’s lengthy and aggressive communications were a burden on the company’s resources and on staff morale.

The complainant told the hearing he was not asking the bakery to endorse the cake message, just to make the cake.

The bakery’s legal representatives said the complaint vexatious and should be dismissed.

At the hearing, the managing director of the bakery said she did not know the complainant’s religion at any stage .

She said she had no difficulty with the wording. She said the order was very complicated in terms its colours use, of capital letters and contained 49 words, which is longer than a typical message.

The managing director said the cake would have taken eight hours to complete. She said other orders were turned away at that time as their order book for bespoke cakes was full .

The bakery had up to 140 cakes in the pipeline and at 80 cakes they decide what can and what cannot be done.

Asked by adjudication officer Ian Barrett if the cake’s wording was the real issue, the managing director said the bakery did not get past the ability to see if the order was viable and it was not.

In his ruling, Mr Barrett said that the complainant “must prove that he has been treated less favourably than another person because of his religious beliefs”.

He said prima facie evidence was not heard to prove the bakery refused the order on religious grounds and, accordingly, the complaint failed.

The WRC deals with complaints formerly handled by the Equality Tribunal in relation to discrimination under the Equal Status Act in access to goods and services on grounds which include religion.