Pedestrian dies after being hit by car in Limerick 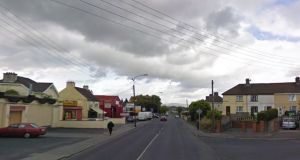 A man has died after being hit by a car in Limerick on Sunday night.

The man (40) was on foot when he was struck by a vehicle on Kileely Road in the Thomondgate area of the city at about 11.35pm.

He was seriously injured in the incident and taken by ambulance to University Hospital Limerick, where he was later pronounced dead.

The driver of the car, a man aged in his late 20s, was not injured.

Garda forensic collision investigators are at the scene and local traffic diversions are in place.

Gardaí have appealed for witnesses to come forward. Anyone with information can contact Mayorstone Garda station (061-456980) or the Garda confidential line (1800 666 111).