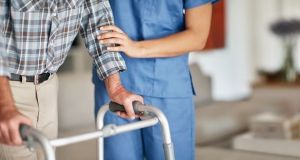 A resident of a south Dublin centre for people with disabilities experienced 89 abusive incidents in a nine-month period, according to a report by the Health Information and Quality Authority (Hiqa). Image: iStock.

A resident of a south Dublin centre for people with disabilities experienced 89 abusive incidents in a nine-month period, according to a report by the Health Information and Quality Authority (Hiqa).

It says the incidents occurred last year as a result of the the failure of St John of God Community Service, which operates the centre in Glasthule, to appropriately support other residents with their “behaviours of distress”.

“Compounding factors included some members of staff not completing training or refresher training in the area of behaviour support and the high numbers of relief staff members employed in the centre,” said the health watchdog, which found the centre to be non-compliant on 10 of the 19 regulations it inspected.

Hiqa on Thursday published 25 inspection reports on centres for people with disabilities, and said its inspectors found a good level of compliance with regulations in 20 of them.

However, in the Glasthule centre, inspectors found it had not protected some residents from experiencing abuse and through a lack of action on the part of the operator, a number of residents continue to experience “incidents of a safeguarding nature” on a regular basis.

“The inspector . . . found that the governance systems employed did not ensure that service delivery was safe, of a high standard and appropriate to residents’ needs,” Hiqa said. “While the registered provider was aware of the areas of non-compliance with the regulations, the inspector found that appropriate actions had not been taken to ensure that residents were protected and services of a satisfactory standard were provided.”

Overall, the 15 residents were happy with the service provided, inspectors noted.