What are the big issues that concern people in rural Ireland ahead of the general election? Jennifer O’Connell speaks to farmers at Clare Mart in Ennis. Video: Bryan O’Brien 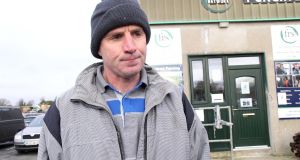 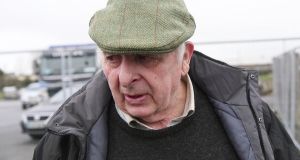 Michael Malone from Labasheeda: There are ‘too many Independents, and they’re good for nothing’. Photograph: Bryan O’Brien/The Irish Times 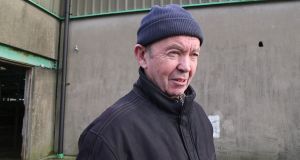 John Leahy from Tipperary: ‘There’s nothing done in rural Ireland for people who want to live there.’ Photograph: Bryan O’Brien/The Irish Times 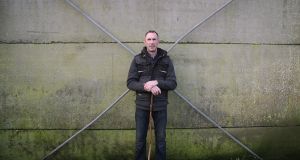 Noel Kenny from Eyrecourt, Co Galway: ‘I lost €260 a head on animals I sold yesterday at the factory.’ Photograph: Bryan O’Brien/The Irish Times 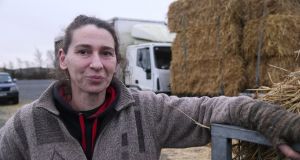 Ragna Gruendler, originally from Germany and now living in Co Clare. ‘People can buy our product. They can vote for a government that supports rural Ireland.’ Photograph: Bryan O’Brien/The Irish Times

There’s one person not winning any popularity contests at the mart in Ennis. “That Greta drives me mad,” says John O’Neill, from Clare.

O’Neill’s son is into the environment, and they’ve had some “awful arguments” about the Swedish campaigner Greta Thunberg. “She’s not going to change the world,” O’Neill says.

“I wouldn’t vote for her either,” says his friend John Flanagan.

The pressure coming on farmers as a result of the climate crisis is one of the issues exercising voters at Clare Marts, on the outskirts of Ennis.

He argues that his farm is a carbon sink, with enough trees and grass to soak up any carbon it generates. “You have Moneypoint to the west, Tarbert to the south and Aughinish to the east, and they’re blowing out tonnes of carbon,” he says of the power stations and refinery in his area. “They’re not being blamed. I’m being blamed.”

The other topic of ire is the price of beef. “Small farmers need a living, and they haven’t it at the minute,” says farmer John Leahy.

“If you’re living in rural Ireland today, you cannot afford to buy a new tractor, under no circumstances. All these places,” he predicts, gesturing around the large mart, where hundreds of farmers have come to buy and sell cattle and sheep, “will be gone in the next 10 years.”

At another mart in Fermoy on Tuesday, Taoiseach Leo Varadkar promised additional supports for farmers, including a favourable post-Brexit trade deal government, and funding to make up for proposed Common Agricultural Policy (Cap) reform at EU level.

But, for Crowe and others, the numbers just don’t add up any more. He’s making plans to get out of beef farming altogether. He’s reducing his herd, and will be on the jobs market in a few months.

He is hoping for “four brand new politicians” to represent Co Clare, “because Fianna Fáil and Fine Gael have had this country since the inception of the State. And they’ve run it into the ground.”

Though his frustrations are shared by others at the mart, it doesn’t seem to be translating into an overwhelming intention to vote for a change of government. Rather than the anger that has been visible during protests in Dublin, talk of politics here tends to descend into a kind of fatalism.

“You’d feel like not [voting],” he concludes. But he has voted Fine Gael all his life, and his father was a Fine Gael councillor for 27 years, and he is not going to change now. “I suppose I’ve only one vote left in my lifetime. And at least,” he says, “they took the country out of debt.”

Leahy, too, will be voting Fine Gael, despite feeling that “there’s nothing done in rural Ireland for people who want to live there”. But he’s a Fine Gael supporter and “wouldn’t hold the Government responsible”.

One of the few women at the mart, Ragna Gruendler – a “tiny suckler farmer” originally from Germany – takes a broader view of the issues facing rural Ireland, which include “the closing of schools; the closing of post offices; losing young people” and an ageing population.

It is not about what the Government can do for farmers, “it’s what can the people do for farmers. People can buy our product. They can vote for a government that supports rural Ireland. They can learn to be a community again.”

Noel Kenny, a full-time farmer from Eyrecourt in Co Galway in his 40s, hasn’t had much time to think about politics.

There’s a lot of things wrong in the country, and the wrong people are at the helm

Both he and his wife work outside of farming, and help care for their parents and four children. They recently took over the lease on his father-in-law’s pub, the Hill Bar in Kiltormer, Co Galway. “I was in bed at 2 o’clock last night, and up this morning at seven. She worked all night, she was home at eight.”

But it has to be done to make ends meet, he says. He has a mortgage, “same as anyone else”.

“I lost €260 a head on animals I sold yesterday at the factory.”

There’s “only one winner” in farming anymore, he says. “And that’s the factory man . . . There’s a lot of things wrong in the country, and the wrong people are at the helm.”

So will he vote for a change of government? “I don’t know. Who’s any better than what’s in it? What change will come? God, I don’t know. I couldn’t answer that one.”