Despite levy fewer than 80 vacant sites returned to use 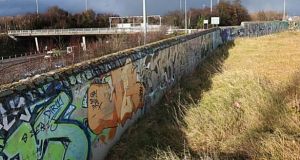 The site at Oscar Traynor Road, just to the east of the entrance to the Dublin Port Tunnel, which is valued at €44m. Photograph: Nick Bradshaw

Fewer than 80 vacant sites across the State have been brought back into use since laws designed to reduce land hoarding and increase housing development came into force.

Since January 2019, vacant sites are subject to a levy. Such sites are defined as empty lands suitable for housing but have not been put forward for development.

It was envisaged that the threat of fees for landowners would encourage them to bring the land back into use.

Figures compiled by The Irish Times show that across the 31 local authorities, 78 sites have been taken off the registers because they are no longer considered vacant or because development has begun.

Half of the sites being returned to use are in Dublin city, followed by Kilkenny with 11 sites. Cork county and Waterford each removed eight sites from their registers.

South Dublin County Council has removed six due to a change in land use, Roscommon removed four, Dún Laoghaire-Rathdown and Limerick each had two removals, while Longford and Fingal County Council each had one plot of land brought back into use.

There are 381 sites still remaining on vacant lists across the State.

Eight councils have never included any sites on their registers, with most of them saying they were “not in a position” to do so.

Only four councils received payment through the levy in its first year, amassing €882,495.

Three councils have also issued demands for levy payments totalling €1,193,060, which have not yet been received.

A number of councils said they had not begun issuing demands for payments yet, despite having sites listed on their registers, while other councils said they were only beginning to value properties and would be issuing levies from 2020.

In progress reports on the vacant sites register, submitted to the Department of Housing in 2018, many councils reported resource and staffing shortages in their planning departments leading to delays in implementing legislation.

Councils also reported that infrastructural deficits, a failure to have up-to-date local area plans to determine areas for development and the “lack of a viable housing market” were other barriers preventing the full implementation of the legislation.

The Department of Housing said the number of sites leaving the register indicates it is having “a positive effect in terms of incentivising the development of vacant or under-utilised sites in urban areas”.

“The department continues to monitor implementation of the levy to ensure that it is being effectively applied. The department will continue to engage proactively with local authorities to ensure the vacant site levy achieves its full potential,” said a spokesman.

To be hit with the levy, the vacant sites must be bigger than 0.05 of a hectare, excluding gardens. The majority of the site must be “vacant or idle” for more than 12 months, be zoned for residential or regeneration purposes, and be in an area in need of housing.