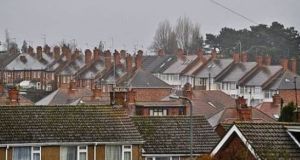 While people on the temporary wage subsidy scheme can apply for a loan, when they are approved draw down would not commence until the applicants’ unsupported income post TWSS has returned.

People using a State-backed mortgage scheme will not be able to draw down funds if they are in receipt of Covid-era wage subsidies, the Department of Housing has confirmed.

In response to a parliamentary question asked by Sinn Féin housing spokesman Eoin Ó Broin, Minister for Housing Darragh O’Brien confirmed his department had sent a circular to local authorities, which administer the Rebuilding Ireland Home Loan scheme, on Monday.

While people on the temporary wage subsidy scheme (TWSS) can apply for a loan, when they are approved “draw down would not commence until the applicants’ unsupported income post TWSS has returned to the level specified in the original application for a period of time, usually up to three months”.

He said that local authorities can “use their judgment and knowledge of local employers to advance loans” in advance of this three-month period, when appropriate. Applicants can also draw down a loan if a joint application is being made, and one party is not on the state subsidy and can also show repayment capacity based on their income alone.

When someone’s wages are cut after the subsidy is withdrawn, their application will be re-assessed “to determine the most appropriate borrowing amount for them”, Mr O’Brien said.

“This approach is in line with the need to lend on a prudent basis, as a mortgage is a long-term commitment and it would not be appropriate to lend when there is a risk that the person’s income and ability to pay might not return to the level required to support the borrowing requested,” the Dublin Fingal TD said. He said what was in place did not amount to a “blanket ban”, and said “there is no one size fits all approach, it depends on the individual circumstances”.

However, Mr Ó Broin insisted that the circular, which was sent to local authorities on Monday, amounted to a blanket ban for those in receipt of subsidies.

“When you read the thing it’s very clear that anyone who has approval in principle cannot draw down until they’re three months off (the subsidy scheme).” He criticised Mr O’Brien, who said in the Dáil on Wednesday that no blanket ban was in place.

“This is exactly the same type of blanket ban that AIB introduced and were hauled over the coals for,” he said. “The parliamentary question is crystal clear. The Minister needs to formally correct the record of the Dáil.”

The Sinn Féin deputy said he would be writing to the Ceann Comhairle requesting the record be corrected.

A spokesman for the Department of Housing said local authorities can use their judgment to advance loans ahead of the three month period.

“The approach outlined in the circular is in line with the need to lend on a prudent basis.”

Meanwhile, the Government has reported the highest number of people returning to work in a single week since the coronavirus pandemic began with 63,000 coming off the State Covid-19 jobless payments.

Liz Canavan, assistant secretary at the Department of the Taoiseach, said at a briefing on that 412,900 people received a Covid-19 pandemic unemployment payment, down from 439,000 last week and a high of 598,000 who had received this payment.

Revenue made payments of almost €24.5 million this week under the Covid-19 wage subsidy scheme to employers, bringing total payment sunders his scheme to €1.97 billion, she said. Some 410,000 employees have been supported by the scheme through 66,500 employers.