Coronavirus is ‘no excuse’ for refusing separated parents access to children

Parents could come to arrangements for alternative contact, including phone or video calls 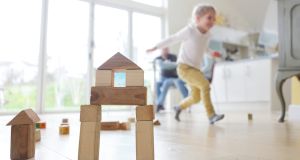 Coronavirus “should not be used as an excuse” to stop separated parents from seeing their children, Minister for Justice and Equality Charlie Flanagan has warned. Photograph: Peter Cade/ Getty Images

Coronavirus “should not be used as an excuse” to stop separated parents from seeing their children, Minister for Justice and Equality Charlie Flanagan has warned.

There are concerns in “many families” amid the ongoing public heath crisis about the ability to adhere to arrangements over access, maintenance payments and guardianship, Mr Flanagan said.

“However I think it’s important to point out that court orders in relation to access remain in place,” he said.

“The restrictions brought in to tackle Covid-19 do not stop them being implemented, and should not be used as an excuse by either party.”

Mr Flanagan said there may be instances where it is impossible for couples to “adhere strictly” to the terms of an order during government-ordered restrictions imposed to tackle the spread of the pandemic.

But he said parents could come to mutually agreed arrangements for alternative contact, including phone calls and the likes of Skype, FaceTime and WhatsApp.

“Such agreement should be noted by email or text message,” Mr Flanagan said.

“If parties cannot agree on an alternative arrangement, mediation services are still available and should be used.

“I would simply appeal to everyone to remember that at all times, the welfare of the child is paramount.”

Earlier this week, Fathers Rights Ireland said there is a “big problem” with some separated and divorced fathers not being facilitated to see their children via video technology.

Conor Dignam, who runs the group, said “in the last week or so there’s been a lot of messages asking what can they [fathers] do about it”.

“There is no access at the moment for dads, and now a lot of them are contacting us saying they’re not allowed get even video chats or anything like that. A lot of them are in bits now,” he said.

In a statement last week, President of the District Court Judge Colin Daly said concerns over coronavirus, also known as Covid-19, have left people “confused and uncertain” about following court orders to do with access, maintenance and guardianship.

“The best outcome for children is for parents to contact each other to set out their concerns and suggest ideas for practical solutions that can be put in place,” he said.

“The health concerns of parents, their children and the extended family need to be considered when sorting out arrangements.”

Judge Daly said if parents can agree on arrangements being “temporarily varied you are free to do so.”

“Where a child, by agreement, does not get to spend their usual time with their parent, the court will expect that contact is established and maintained regularly,” he added.

“Using video technologies such as Skype, Zoom, What’s App or Face-Time might help, and if that is not possible telephone conversations should be arranged.

“These current restrictions mean that the detail of every access order may not be fully implementable, but as parents you should make every effort to allow your child to continue access in a safe, alternative way.”

The Family Mediation Service of the Legal Aid Board is offering free telephone mediation and conflict coaching for affected parents.

While applications for breach of access or maintenance are not considered “urgent” during the crisis, Judge Daly said individual circumstances could be treated as urgent “if a good case can be made” in an email to the relevant court office.