Both cities narrowly vote against proposal while Limerick votes in favour 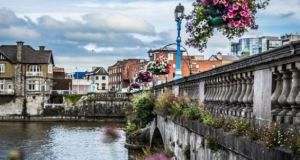 Voters in Cork and Waterford have narrowly rejected a proposal to have a directly-elected mayor, but voters in Limerick have accepted the plan that will see powers shift from unelected officials.

A report into the proposal, which is now backed by the public, is to be presented before the Dáil, and legislation has to be drafted and voted on.

“It’s a huge opportunity for Limerick. The hope is we get what we voted for, and that it doesn’t get watered down as it passes through the [Seanad],” said sitting mayor of the city and county, James Collins.

The directly-elected mayor will have executive powers, including oversight of Limerick City and County Council’s budget and development plan, but not influence over individual planning decisions. The mayor will serve for five years.

The defeat in Cork led to sharp words between Fine Gael and Fianna Fáil. Fine Gael Senator Jerry Buttimer said Fianna Fáil is guilty of “an abdication of responsibility”, adding that “a great opportunity” for the city had been lost.

“Others parties, those who claim to be for local government reform, went absent. They played party politics with Cork’s future. The leader of the Opposition has to have his performance on the plebiscite questioned. He claims to be for it, yet did nothing for it,” Buttimer complained.

However, the salary led to sharp criticism in all three cities. Solidarity Cork North Central TD, Mick Barry said the salary alone was responsible for the defeat in Cork: “This was seen as an arrogant proposal from an arrogant political establishment – jobs for the boys,” he said.

Newly-elected Cork City Council Green Party member Oliver Moran said the narrow defeat showed that there is an appetite for change: “This is a mandate for a citizens’ assembly on this question in Cork,” he said.

“This proposal was something that was built in Dublin and delivered to Cork without local input,” he said, “If I got 20 seconds with any voter, I could convince anyone of the merits of this proposal.”

In Waterford, the proposal was defeated by just 719 votes, where 52 per cent of voters cast their ballot. In mid-Waterford, presiding officer Caroline Mansfield Casey said several people in Kilmacthomas refused to take ballot papers.

This was replicated in Dungarvan. In some cases, according to polling clerk Jamie Moore, people said they had not even been aware that the question was to be on the ballot paper.

The number of ballot papers facing voters caused confusion, too: “It definitely got lost in the melee,” said former mayor of Waterford city Mary Roche, who favoured the idea.

The Government’s decision to reverse drawing the mayor’s salary from the council’s resources, and instead to ensure that the bill was met by central spending was not widely known.

“I would contend that the Government, despite it being their policy or their plebiscite, didn’t want it to actually pass. I think they did everything they could to undermine the argument.

“Their backing for it was lukewarm at best and damaging to the case at worst,” Roche said, adding that some councillors were concerned that local budgets would no longer need the majority support of councillors to pass.